A bipartisan criminal justice reform bill that US Representative Tulsi Gabbard co-sponsored and worked to pass was signed into law on Friday.

“The consequences of decades of a failed War on Drugs and policies focused on incarceration over rehabilitation has left generations of people ill-equipped to when they have done their time to move on with their lives” said Rep. Gabbard. “Our bill aims to curb the destructive cycle of recidivism that has plagued low-income and minority communities across our nation. It authorizes funding for educational programs, job training, and mental health counseling programs that are proven to lower recidivism rates. The FIRST STEP Act also limits mandatory minimums, fixes Good Time Credits, expands compassionate release for the elderly and terminally ill, and more.

Today, we take the first in a long line of steps toward comprehensive criminal justice reform. Tomorrow, we must keep up the fight for greater sentencing reform and eradicate the private prison industry. There’s no overnight solution to our broken criminal justice system, but this bill makes long overdue progress that will make a lasting difference for so many Americans.”

The United States has the world’s highest incarceration rate and population.

A full copy of the bill can be viewed online. 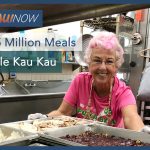 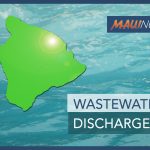