Maui police have since identified the diver who died in an apparent drowning at Ulua Beach on Tuesday as 69-year-old Thomas Scarbro of Wailea.

The incident was reported at around 6:30 p.m. on Tuesday, Jan. 22, 2019 at the north end of the beach.  Authorities say the man was diving with a dive partner when he became distressed and lost consciousness.

Fire department rescue swimmers were able to make contact with other scuba divers in the vicinity who were able to assist with locating the victim, and help bring him to the surface, said Maui Fire Services Chief Rylan Yatsushiro.

Scarbro was brought to shore by first responders and life saving measures were given but he was pronounced dead at the scene, said Maui police Lieutenant Gregg Okamoto.

This was the second ocean death this week in South Maui. On Saturday, Jan. 19, a 64-year-old woman was pulled unresponsive from waters off Kamaʻole Point. She had been snorkeling with her husband at the location when the incident occurred. 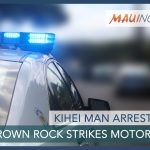 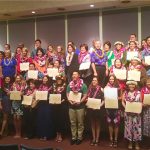