Two people were rescued from waters off of Keālia Boardwalk in North Kīhei on Wednesday after their kayaks overturned in choppy conditions, fire officials said.

The two, described as 28-year-old male and female residents of Wailuku, had been out fishing on their kayaks, when the wind picked up and they lost their oars, according to Captain Jeffrey Giesea
Acting Fire Services Chief. Their kayaks then took on water and flipped over, according to department reports.

Fire officials say both individuals were found clinging to their overturned kayaks about 600 yards off shore. Fire crews from Kīhei observed the man and woman drifting south in choppy water with wind picking up to 10-15 mph.

Fire officials say ocean conditions slowed the progress of rescue watercraft. A Coast Guard crew from Māʻalaea Harbor reached the kayakers first and was able to load both of them and their kayaks aboard their vessel.

The kayakers required no medical attention. The USCG took the rescued individuals close to shore near where their vehicle was parked, while Fire and Ocean Safety personnel from Kīhei helped get the kayakers and their vessels to the beach safely. 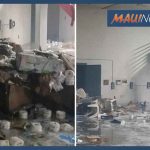 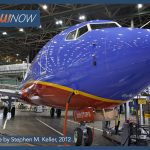