Working into the middle of a dark and cold night, Fire Rescue teams from the Pōhakuloa Training Area, along with Hawaii County Fire Department and Mauna Kea summit Rangers rescued an injured hiker early Tuesday (June 11, 2019) morning in a remote area more than 12,000 feet above sea level high atop Mauna Kea.

The initial report to 9-1-1 was received at approximately 8 p.m. on Monday, that a 68-year-old Arizona man located at the summit of Mauna Kea had injured his leg while trying to find his way back to the observatories and needed assistance.

PTA Fire and Rescue were dispatched to locate the injured hiker and perform initial life saving measures while coordinating with HFD and summit Rangers to pinpoint exactly where the patient was.

“This was particularly more difficult and time consuming because the injured hiker was almost at the peak of the mountain, and his exact location was unknown,” said PTA Fire Chief Eric Moller.

“When we have these situations we have to leverage cell phone towers, and triangulate where the signal is coming from and then get our Fire Rescue Team on the ground to actually find the patient in the dark of the night at 12,500 feet above sea level,” said Moller.

The combined team of seven PTA Fire Fighters, two Mauna Kea rangers and four HFD personnel located the hiker at approximately 10 p.m. Crews applied a splint to the man’s injured leg, stabilized the man and placed him in a rigid stokes litter. The man was then carried nearly two miles in rough terrain to an awaiting ambulance (Hawaiʻi County, Medic-3) where he was taken in guarded condition to Hilo Memorial Hospital.

The man had gone to the summit for a hike, while his spouse and grandson waited at the visitor’s center. Authorities say the man lost his bearing. He then slipped and fell, injuring his leg and crawled to a spot where he could get a good signal. Once a good connection was made, rescue teams advised him to stay put in order to pinpoint his location.

“This truly is one of the best examples I have seen in a long time as a Fire Fighter of how PTA, HFD and Summit Rangers work together as a team in very difficult conditions,” said Moller. “When you are at this elevation in the dark of night it truly takes a team effort, so mahalo to all agencies,” he said.

PTA Fire and Rescue are the initial dispatched first responders, to all 9-1-1 calls along Highway 200 (Daniel K. Inouye Highway) from Highway 190 to Mile Marker 17 on the Hilo side. They respond to calls involving both the Mauna Kea and Mauna Loa areas.

All Fire and Rescue officials on Hawaiʻi Island highly encourage hikers and visitors to these areas to remain on established trails and paths to avoid possible injuries or becoming lost. In addition, personal cell phones are very helpful in cases where emergency services are needed, particularly in locating a potential patient. 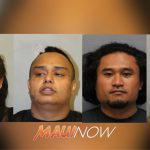 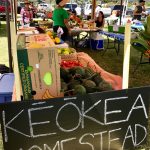