ʻOhana by Hawaiian celebrated its fifth anniversary of service between Honolulu and Moloka‘i and Lāna‘i.  Employees commemorated the milestone by assisting in the restoration of the Mokio Preserve and dunes on Moloka‘i. 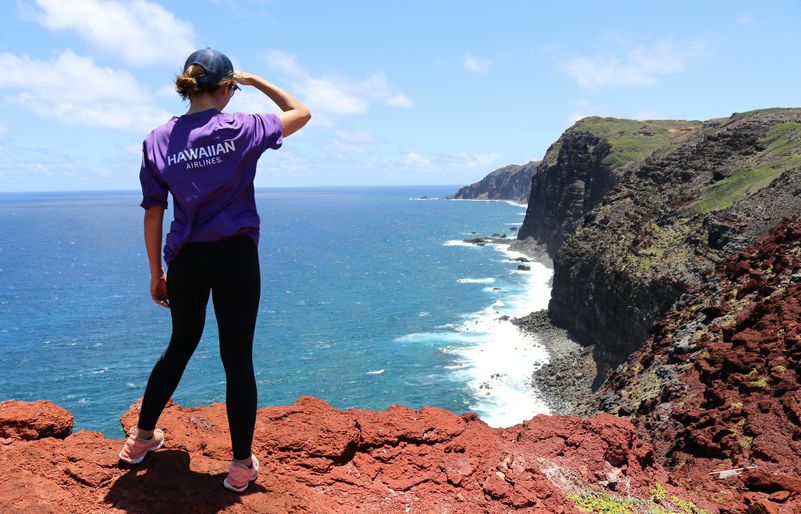 Twenty employees from Honolulu, Lāna‘i and Moloka‘i worked alongside the Trust’s staff to remove deeply rooted, invasive plants from the Anapuka Dunes, a 60-acre parcel within the 1,769-acre preserve.

The land is one of many sites owned and managed by the Moloka‘i Land Trust, the largest land trust (by acreage) in the United States. Prior to the Trust’s full acquisition of the Mokio Preserve in 2012, the landscape was dramatically altered after several decades of cattle ranching and a rapid loss of native wildlife due to the spread of invasive species.

Trust Executive Director Butch Haase says the Anapuka Dunes project is one of several recent efforts by the organization to restore the land. Thanks to the hard work of its staff, interns and volunteers, the Trust has removed and replaced almost 25 acres of kiawe tree and lantana plants with native species.

While introducing volunteers to the area and the work before the group, Haase shared his team’s success in recovering the Dune’s vibrant ecosystem, which was once home to nesting ground for albatross, wedge-tail shearwaters, ‘iwa birds, and other birds.

“As kama‘āina and employees of one of Moloka‘i’s major carriers, we have a responsibility to protect and preserve this island,” said Adrien Gonzalez, ‘Ohana by Hawaiian specialist and a Team Kōkua volunteer. “The Mokio Preserve is a special place, and it was an incredible experience to take part in such an inspiring restoration project.”

Though restoration efforts are far from completion, our volunteers witnessed the fruits of the Trust’s labor firsthand: a cliff-side paradise thriving with fields of native vegetation, such as naupaka, hinahina, sandalwood, pili grass and more. The Trust has also waited patiently for the reintroduction of albatross colonies and has even assembled socialization areas to attract birds flying out at sea.

Also in celebration of the milestone, ‘Ohana by Hawaiian gifted 1 million HawaiianMiles each to two nonprofit organizations: the Moloka‘i Cancer Fund and Lāna‘i Kina Ole. 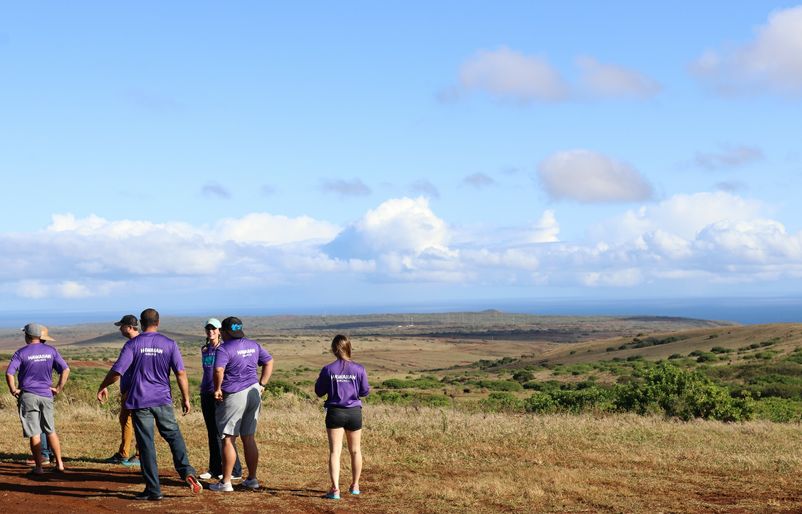 Team Kōkua volunteers waiting to start their day inside the Mokio Preserve, a 1,718-acre parcel that was donated to the Moloka’i Land Trust. PC: Hawaiian Airlines 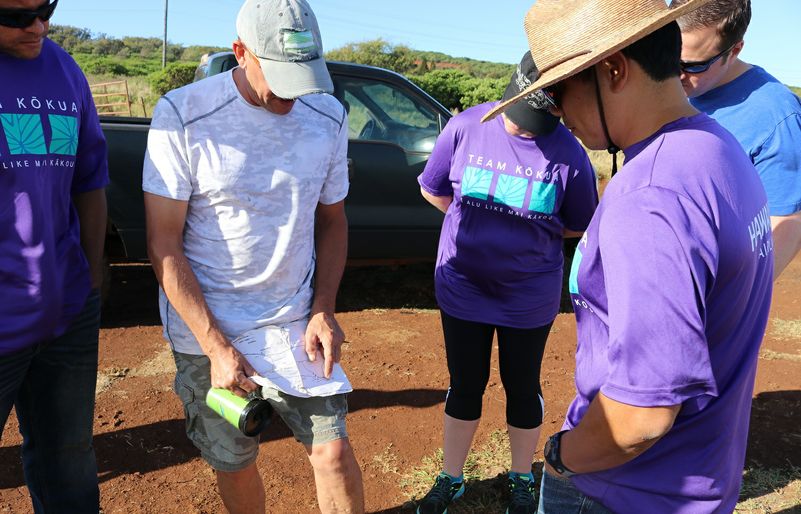 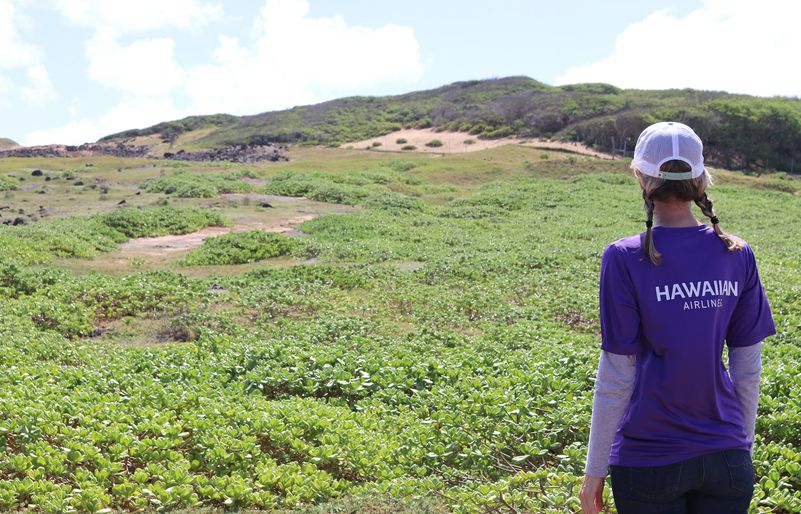 Alanna James, ‘Ohana by Hawaiian managing director, peers out at incredible work the Trust has done to restore the Anapuka Dunes and reintroduce native species to the area. PC: Hawaiian Airlines 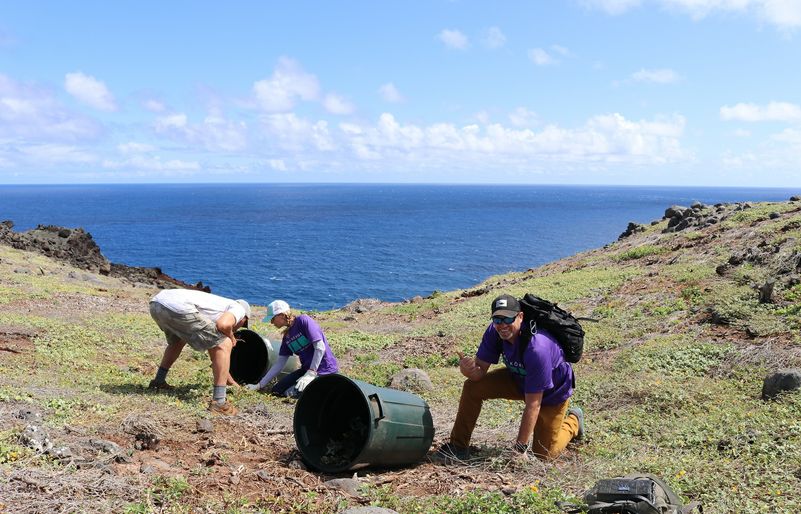 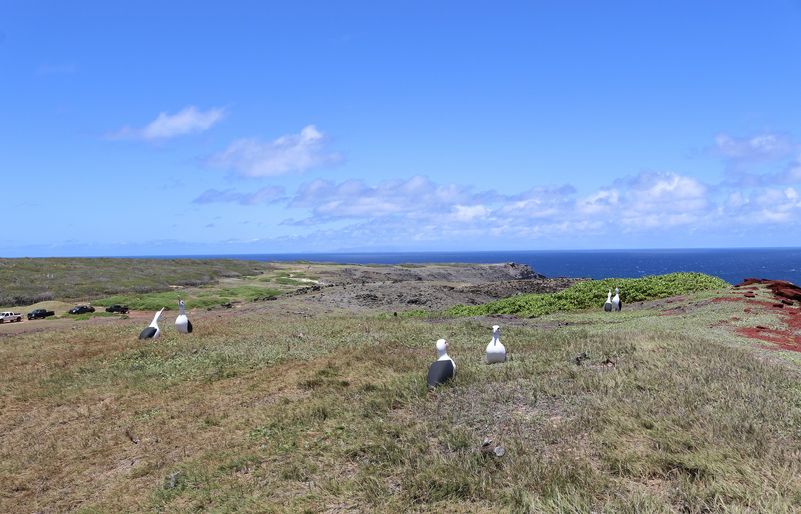 The Trust constructed a native bird socialization area alongside the cliff, which includes wooden albatrosses staged in groups and a speaker that plays the seabird’s distinct sounds out toward the ocean. The goal of this area is to attract albatrosses from the sea to the Anapuka Dunes and encourage them to reestablish their nests in the Preserve. PC: Hawaiian Airlines 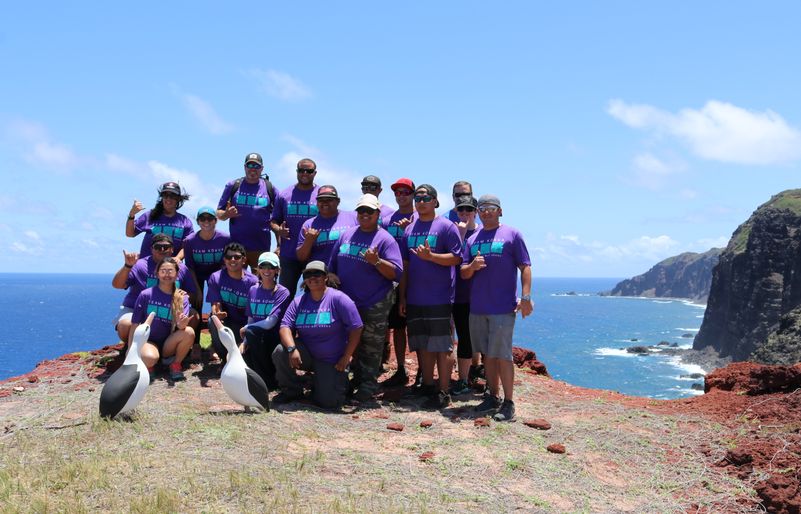 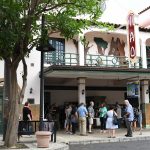 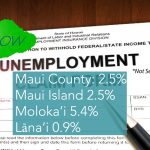 Maui Unemployment Rate 2.5% in May