AAA Hawaiʻi reminds everyone who plans to celebrate the Fourth of July to avoid drinking and driving and other forms of impaired driving by designating a sober driver or using an alternate mode of transportation.  In addition, AAA Hawaiʻi is offering its Tipsy Tow service as a last resort during the July 4th holiday. The service is available from 6 p.m. Thursday, July 4, until 6 a.m. Friday, July 5. Tipsy Tow is available in the areas served by AAA Hawaiʻi. 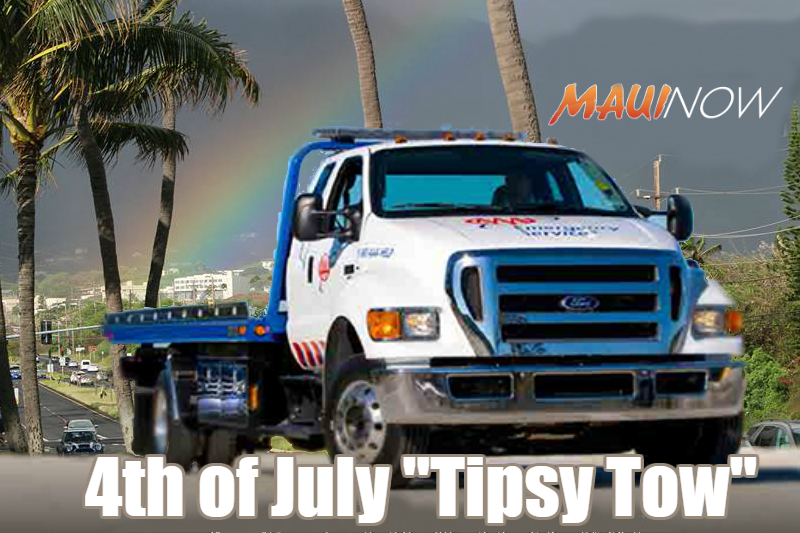 AAA Hawaiʻi encourages party-goers to plan to use a sober ride or use a designated driver if attending a gathering.  Motorists, bartenders, restaurant managers, party hosts or passengers of a drinking driver may call 1-800-222-4357 for a free tow home of up to five miles.

Callers simply tell the AAA operators, “I need a Tipsy Tow,” to receive the free tow and ride home. A regular AAA Hawaiʻi-contracted roadside assistance service truck will be dispatched.  Tipsy Tow is unique in that it provides a driver with the option of a safe ride home for themselves and their vehicle instead of driving while intoxicated.

Callers need to keep in mind that the service excludes rides for passengers, is restricted to a one-way, one-time ride for the driver and the destination is limited to the driver’s residence. Reservations are not accepted. Drivers can expect to pay the rate charged by    the tow truck contractor for rides beyond five miles.

“We want motorists to be aware of the high crash risk from drinking and driving associated with the holiday.  We encourage drivers to designate a sober driver instead of getting behind the wheel if they have been drinking,” said AAA Hawaiʻi’s General Manager Liane Sumida.

In Hawaiʻi, in 2016, there were 153 drivers involved in fatal crashes involving drinking and driving and of which 22 percent had a .08+ blood alcohol content, according to federal statistics.  Nationwide, in 2017, crashes involving drunken drivers claimed 10,874 lives, an average of one alcohol-impaired driving fatality occurred every 48 minutes.  These alcohol-impaired driving fatalities accounted for 29 percent of the evening motor vehicle traffic fatalities in the United States, according to the National Highway Transportation Safety Administration.

Fourth of July is a traditional time for barbeques, and home parties, as well as outings to restaurants and bars, and other excursions and gatherings.  These activities contribute to a relaxed atmosphere and more drinking, according to Sumida.

“It takes only one drink to slow physical and mental skills and affect vision, steering, braking, judgment and reaction time,” Sumida said. “Drivers should be aware that law enforcement agencies are using extra patrols to look for and arrest impaired drivers during the holiday.”

Drinking drivers frequently don’t plan for other ways to get home because they are concerned about retrieving their vehicle. They cite the expense of taxis and time inconvenience as the major reasons they don’t use alternative transportation, according to AAA Hawaiʻi. Today, more options are available including designated sober drivers, public transit and ride-hailing services.

People convicted of driving under the influence could lose many of the most important things in their lives, such as family, job, dignity and money. AAA Hawaiʻi estimates that a first time DUI conviction can cost about $15,688 or more in fines, penalties, restitution, legal fees and insurance costs.

AAA Hawaiʻi advises those who celebrate July 4th can keep themselves and others safe and can avoid DUI arrests by keeping these safety tips in mind:

Although Tipsy Tow is offered by AAA Hawaiʻi and other AAA clubs, it is not a nationwide program.  Check with your local AAA club for availability. Visit PreventDUI.AAA.com for impaired driving facts, transportation alternatives and expert advice.  AAA encourages visitors to Take the Pledge to drive drug and alcohol-free. 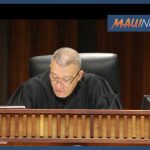