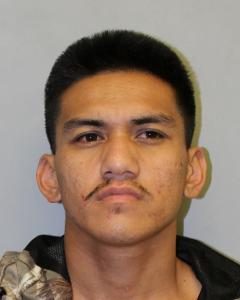 Hawaiʻi Island police are asking for the publicʻs assistance in locating 26-year-old Cody Araw of Pepeʻekeo.

HPD announced in a press release today that Araw is wanted for questioning regarding a firearms possession investigation.

Police received a call at about 9:50 a.m. today reporting a suspicious vehicle near the Kaupakuea Homestead area in Pepeʻekeo.

The man in the driverʻs seat immediately fled the area on foot when he saw the police. The man behind the vehicle tried to flee but officers were able to detain him for questioning and later arrested him.

Officers found a black firearms case with some ammunition and drug-related paraphernalia on the ground near the man positioned behind the vehicle. Officers also saw a rifle in the vehicle.

The arrested man has been identified as 37-year-old Bruce Bello of Pepeʻekeo. Police have identified the man who fled the scene as Araw.

The investigation is currently underway. HPD is asking that anyone with information call the departmentʻs non-emergency line at 935-3311 or CrimeStoppers at 961-8300.