Alehandro “Ale” Arao was recognized for his contributions to Hawaiian music on Sunday when he was named this yearʻs Emma Farden Sharpe Hula Festival Legacy Awardee. 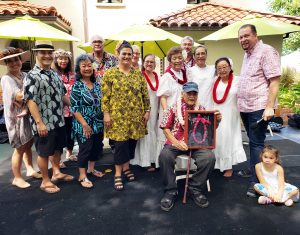 “Without the song, there can be no hula,” family historian Haliama Farden said in a press release. “Uncle (Arao) was a long-time musician for aunty Emma. We are blessed to have him with us 98 years young and still going.”

Arao was born to Phillipino immigrants in Wailuku and was raised on Lānaʻi. During the summers he worked in the pineapple fields and enjoyed playing the guitar in his free time.

After completing his military stint as a paratrooper, Arao eventually moved back to Maui and became a member of the Emma Sharpe Hula troop.

Arao now plays music with the Lahaina-Honolua Senior Citizens Club, which performs for clients at Hale Makua and various events. He also enjoys impromptu performances when he “hangs around” his family and close friends. 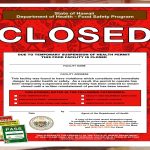