All of the six swimmers in distress off of Koki Beach are fully recovered, according to a press release from the Maui County Fire Department.

The incident was reported at about 2:14 p.m. this afternoon and involved six swimmers located approximately 100 yards from shore.

Upon arrival, MFD reported that all swimmers had returned to shore and most of the victims had left the scene.

Bystanders had used rescue tubes stationed at the beach to assist the swimmers to shore prior to the arrival of MFD personnel.

One individual was treated by fire and medics for water aspiration, but declined transport to Maui Memorial.

According to the release, one of the victims was a Maui resident, while the others were unknown.

Fire officials reported winds at 10 to 15 miles per hour, with choppy 2 to 4 ft. swells.

MFDʻs Engine 7, Rescue 10, Air 1, and BC 3 were all deployed to the scene and the response ended a little over an hour after the alarm.

Safety officials are responding to a report of seven swimmers in distress off Koki Beach.

Upon arrival at the scene, responders noted all swimmers were onshore and four of them needed medical assistance.

The incident was reported at around 2:15 p.m.

More updates to come as they develop. 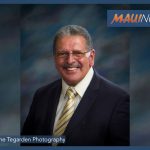 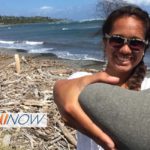 Cleanup to Kick Off 'Get the Drift and Bag It!’ Campaign