Four visitors from Seattle were rescued from strong currents in waters off of Puʻu Kekaʻa “Black Rock” in Kāʻanapali, Maui this morning.

Maui Fire Services Chief Rylan Yatsushiro said a husband and wife (61 and 41 years old respectively) were swimming approximately 150 yards offshore and got caught in a rip current just off the point area. The incident was reported at around 8:05 a.m. on Wednesday, Sept. 18, 2019.

Bystanders got them to the rocky shore on Kekaʻa Point. Ocean Safety personnel aboard a Jet Ski then brought the couple to the sandy shoreline just south of the point where a department ladder crew and medic unit evaluated the patients. “Both were exhausted, but appeared to be in good condition,” said MFS Yatsushiro.

Ocean Safety personnel also brought a father and son in the area to shore as a precaution due to the strong current. Department officials say the father, who was in his 30s and his nine-year-old son were snorkeling in the same area where the previous rescue was conducted. Both were in good condition.

All four were visitors from the Seattle area.

Maui Fire officials say that although seas were calm, a strong rip current was present.

Emergency Sirens Mistakenly Activated on O‘ahu and in Kahului 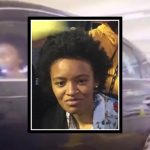