Servco Pacific, a co-majority owner of Fender Musical Instruments Corporation (Fender), continued its $1.5 million Centennial Service Campaign with a donation of musical instruments and services valued at nearly $500,000 to 55 public schools across Hawaiʻi.

“Music education is crucial for the creative engagement of our haumana, which positively impacts learning across content areas,” said Dr. Christina Kishimoto, superintendent of the Hawaiʻi State Department of Education.  “Mahalo to Servco for their generous donation that will help to provide students with an outlet for artistic expression. Now, even more current and future students will be able to explore and pursue their passion or curiosity for music.”

“We know there’s a strong correlation between arts education and improved literacy skills in the classroom. We hope these resources will allow our teachers to use the arts as another tool to build a better academic and social future for our students,” said Mark Fukunaga, chairman & CEO of Servco Pacific, and co-chairman of Fender. “We also hope to inspire a life-long love of music and that students will continue to play well into the future.”

Earlier in the year, Servco worked with HIDOE to invite all public and charter schools to apply to receive musical instruments, with the primary requirement that the schools designate a teacher to implement and sustain a music curriculum during or after school. Servco and the Fender Play Foundation fulfilled 100% of the requests that were received.

ʻUkulele and acoustic guitar donations by island include the following:

“It was incredible to see the excitement on the students’ faces,” said Lisa Higa, principal at Nānākuli Elementary. “What a great way to start the new school year; with brand new instruments and music resources.”

The new instrument distribution continued with an evening ceremony and kanikapila at Bishop Museum, where students and teachers from all of the recipient schools on Oʻahu were able to enjoy food and more live entertainment while picking up their new musical instruments.

Servco took a co-majority ownership in Fender back in 2012 and has a long history of being in the musical instrument business, dating back to its previous ownership of the Easy Music Center. The $500,000 musical instrument donation is part of Servco’s $1.5 million giving campaign to celebrate their 100th anniversary. 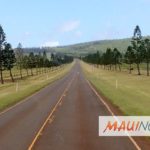 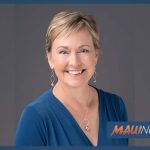