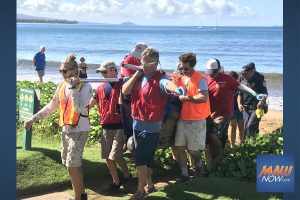 Two pygmy killer whales were found stranded at Sugar Beach in South Maui today.  The incident comes on the heels of a mass stranding last month on Aug. 29 [1], in which 10 adult pygmy killer whales (initially believed to be melon headed [2] whales) beached themselves along with a baby whale calf of the same species in the same area.

“We’ll do the same process that we did with the whales from three weeks ago. Which is analyze tissues, look at the gross results, meaning the immediate results and will try to as quickly as we can report that back to the public,” said David Schofield, Regional Marine Mammal Health and Response Program Coordinator.

“As we mentioned, the concern from the animals three weeks ago was lung infection in all of them and other organ level signs of systemic disease [3],” said Schofield, noting that the two animals in today’s incident were euthanized.

“I think if there’s any good news, it seems like the other four that have been with these two for the last 10 days, seem to be moving with intent out to deeper waters–so moving and porpoising and the king of behaviors that you like to see and not logging.  So if you are a praying person, now is the time to pray,” he said.

The animals from today’s incident will be transported to a DLNR facility and will be packaged for transport and post-mortem exams at the University of Hawaiʻi stranding lab.

Crews have been monitoring these whales as they’ve been hanging around Māʻalaea Bay for the last 10 days. During that time, researchers from the University of Hawaiʻi and the Pacific Whale Foundation put a drone up in the air were taking pictures of the whales to monitor body mass.

Officials from the National Oceanic and Atmospheric Administration (NOAA) said these were the same species as the pygmy killer whales that NOAA assisted back into the ocean after they stranded themselves on shore in the same area on Aug. 29, 2019.

If strandings continue, Schofield said the events would then be categorized as an unusual mortality event, which is a federal designation, where federal funds may be released to do a broader investigation to determine what’s going on.

“We continue monitoring these whales,” said Jeff Walters, NOAA Wildlife Management and Conservation Branch Chief. “We ask the public to keep a safe distance and to call our marine animal emergency hotline (888) 256-9840 to report whales or other marine animals in need of assistance.”

NOAA has responded to the stranded whales with veterinary care. Maui Now will provide more details of the situation as they become available.

We have two whales stranded at Sugar Beach in Kihei this morning. Stay with us for updates. This comes on the heels of a mass stranding at the same location last month. Full Story: http://mauinow.com/?p=312533Here we speak with State Rep. Tina Wildberger, who represents the South Maui district.#MauiNowNews #whale #stranding 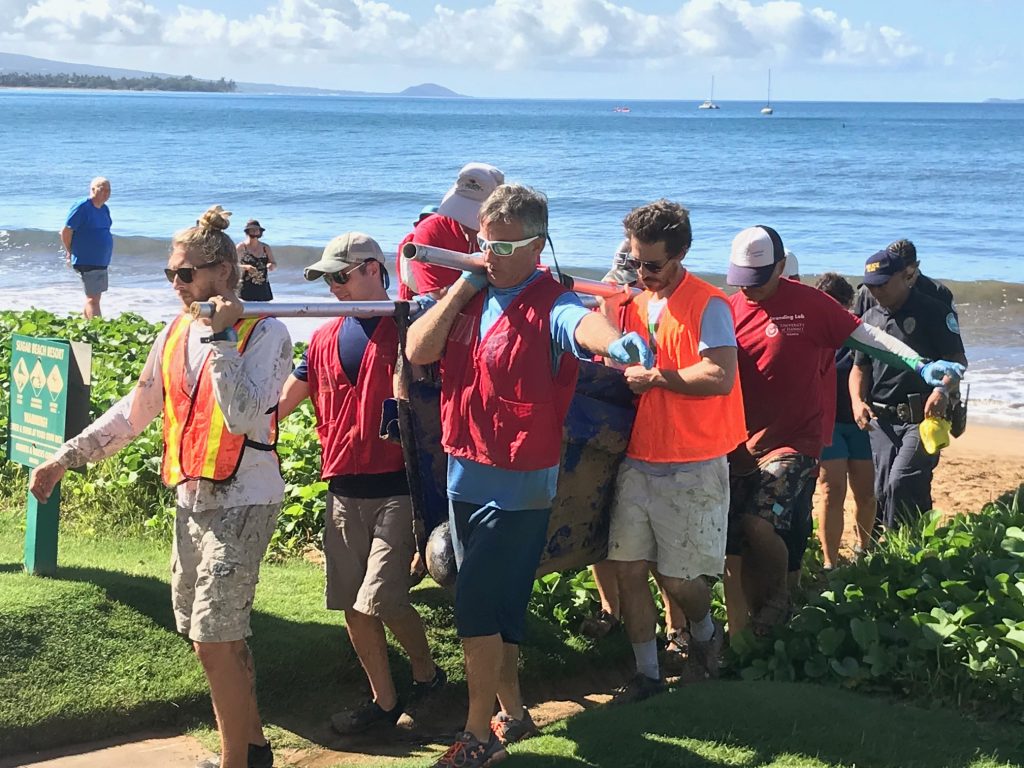 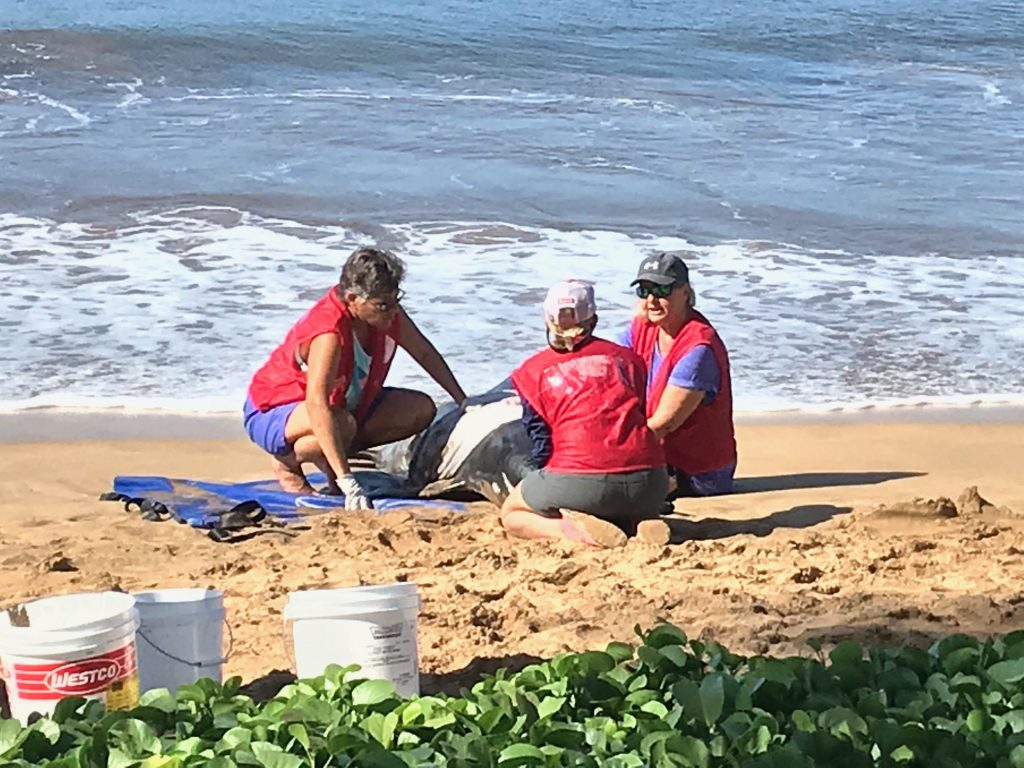 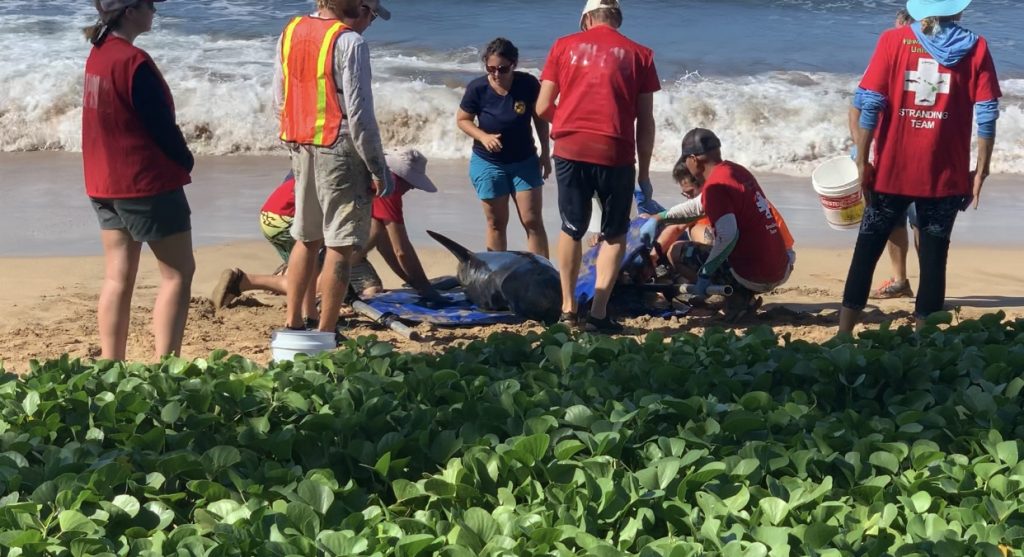 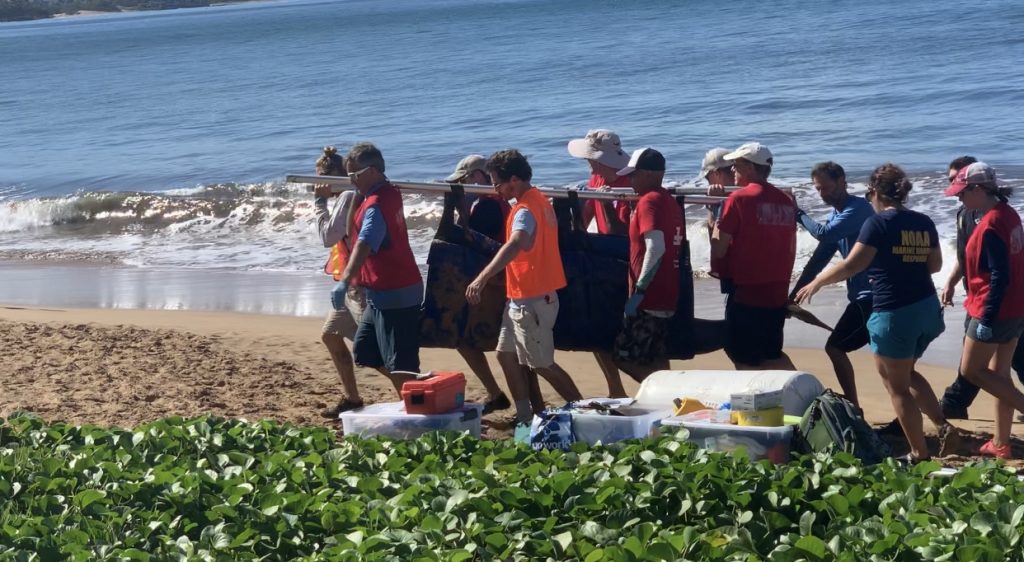 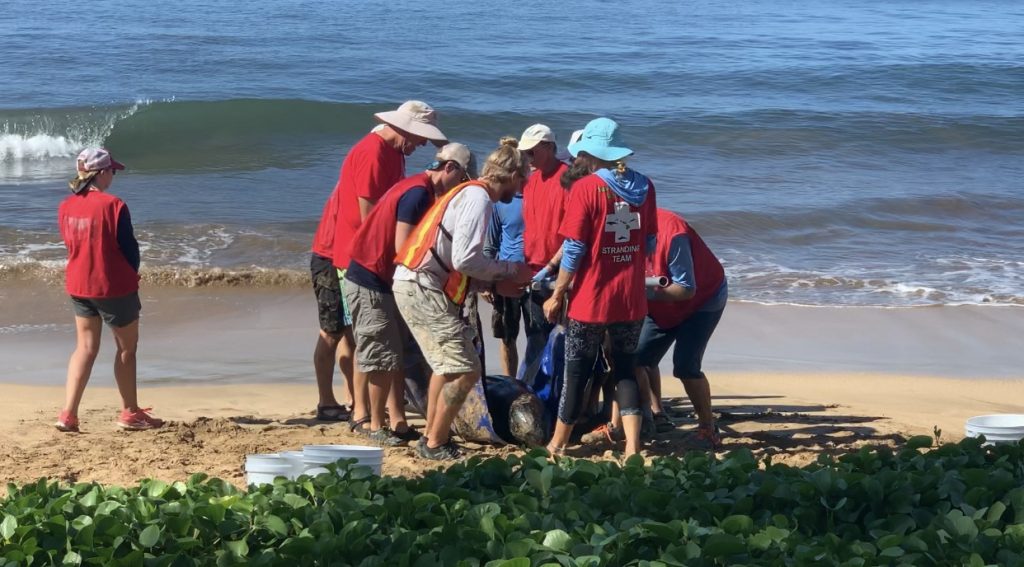