Coast Guard crews, as well as Maui police and fire officials, are looking for a missing swimmer near Kaunakakai.

The man, 66-year-old Carl Steffler, was reportedly last seen on security footage swimming about 750 yards off the Kaunakakai Pier on Thursday.

Coast Guard personnel received the report of Stefflerʻs disappearance from the Maui Police Department at about 10:30 p.m. that night.

The report noted that Stefflerʻs belongings were found at Kaunakakai Pier. Maui Police reviewed security tapes and claimed to have seen Steffler swim offshore without returning.

Police crews then initiated a search and were later assisted by the Coast Guard and multiple other safety organizations.

In a press release from the Coast Guard, officials noted that winds were blowing at 17 miles per hour and swells were rising to 6 feet at the scene.

Steffler is described as standing at 6 foot 2 inches and weighing about 210 pounds, according to a press release from the Coast Guard.

The Coast Guard is asking anyone with information regarding Stefflerʻs disappearance to contact them at (808) 842-2600. 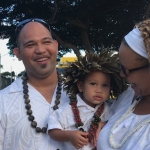 Screening of 'The S Word' to Discuss Suicide Prevention