In a press release, Coast Guard Lt. Megan Bowis said the “seasoned” divers lost contact with their boat “after diving for an extended amount of time.”

“It can happen to anyone,” Bowis warned.

Maui police alerted Coast Guard watchstanders in Honolulu at 2 p.m. on Monday that the driver of the 23-foot vessel lost the divers about 20 miles north of Ho’okipa in “deep water.”

Coast Guard crews initiated a search with a helicopter, an airplane, and two ships.

The helicopter found the vessel, and the airplane later located the divers. Winds were blowing at 9 miles per hour and waves reached 7 feet, according to officials.

Bowis added that the divers aided the search by remaining together and calling attention to themselves by splashing and waving their flippers in the air. Officials also noted that the divers were visible because they dropped a flare.

Coast Guard personnel from Maui escorted the boat back to Kahului.

“We see an increase in bluewater diving; it’s becoming more of a sport than recreation here in Hawai’i. We recommend people follow some simple safety tips,” Coast Guard Maui officer Ekahi Lee said in the release.

Below is a list of tips from the Coast Guard for deepwater divers: 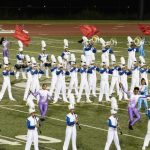 Maui High's Band is Headed to a Prestigious Competition, But they Need Help Getting There 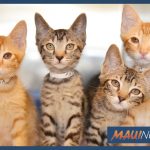