The US Supreme Court will hear oral arguments this week in the clean water case involving Maui County’s injection wells.

The environmental lawfirm, Earthjustice, says the outcome could imperil clean water across the nation. The Mayor last month rejected the group’s request to withdraw the county’s appeal saying without clarification from the high court, the county would be “vulnerable to more lawsuits, to uncertain regulatory requirements and staggering costs.”

The lawsuit was filed by the Hawaii Wildlife Fund against Maui County over the discharge of treated sewage into the ocean via groundwater beneath the facility saying it has devastated a formerly pristine reef.

“We hope that the letter and intent of the Clean Water Act are upheld by the US Supreme Court in our case, and that they rule in our favor, as the two previous courts have done, and continue to protect the nation’s lakes, rivers and nearshore waters,” said Hannah Bernard, Executive Director and co-founder of Hawai’i Wildlife Fund. “After 12 years of fruitless negotiations and filing of this lawsuit, we are dismayed that our case was elevated to this level by Maui County’s mayor, since it defies the will of the people of Maui and the Maui County Council to protect our reefs.”

Last month, Mayor Victorino issued a statement backing his stand to have the case reviewed by the high court saying: 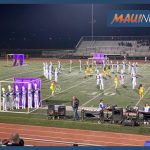 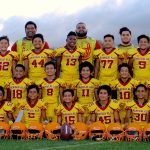 A Kahului Pee Wee Team Needs Help Getting to Regionals