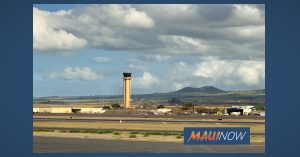 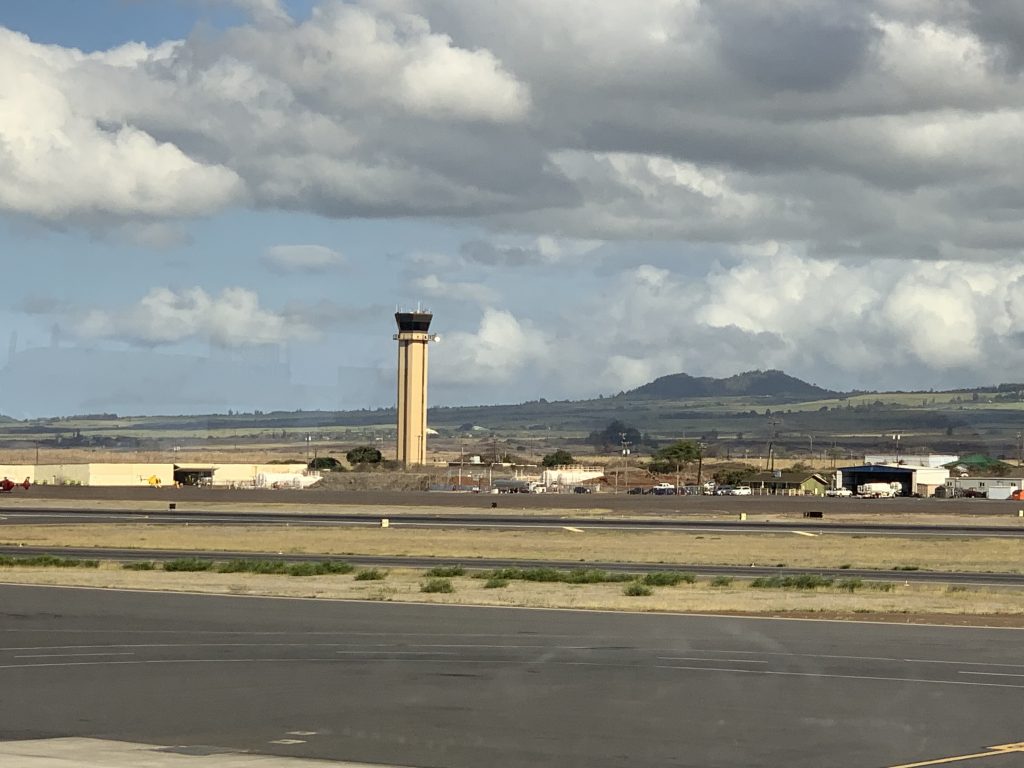 The state Department of Transportation is preparing an environmental assessment for the proposed reconstruction of the main runway at Kahului Airport, according to a public notice published today.

The department will host a public informational briefing on the project next week Wednesday, Nov. 20 at 5:30 p.m. at the Maui Arts and Cultural Center’s Morgado Hall.

According to a public notice (published in today’s edition of The Maui News), the project calls for the reconstruction of Runway 2-20 due to “failing pavement and subbase.” The notice states that “previous resurfacing projects have extended the pavement’s useful life, however, they did not address the deteriorated subbase that is the source of recurring surface cracking.”

According to the project website [1], Runway 2-20, which is constructed of asphaltic concrete, was originally constructed in the 1940s by the United States Navy.

“Originally used by Naval aircraft during World War II, full commercial airline operations began in June 1952. Since that time, the existing pavement and subbase have failed and requires frequent maintenance requiring runway closures. The complete reconstruction of Runway 2-20 will be designed to accommodate the critical aircraft, which is the Boeing 777-200.”

Under the notice, reconstruction would occur while the airport maintains all operations.