“Our goal is to promote voluntarily compliance of all traffic laws and reduce motor vehicle crashes on our roadways. The Maui Police Department would also like to remind the public that in addition to being arrested for impaired driving, a violator’s vehicle may be subject to tow at the registered owners expense,” said MPD Traffic Commander Lt. William Hankins.

The Maui Police Department DUI Task Force Unit is also asking for the public’s help in helping to keep roadways safe and offered the following tips: 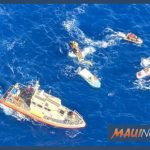 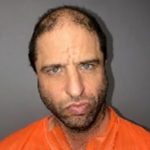