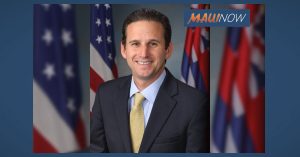 According to Schatz, courts across the country often impose fines, fees, and monetary bail without considering an individual’s ability to pay – disproportionately impacting low income communities and communities of color.

The legislation will provide state and local courts with new and expanded federal funding opportunities to reform these monetary punishment policies.

“All Americans deserve equal treatment under the law, no matter how much money is in their bank accounts,” Schatz said in a press release.

“Our bill will help to end the cycle of poverty and incarceration, creating a justice system that treats people fairly and keeps our communities safe.”

Excessive court fines and fees disproportionately burden low income communities and communities of color, Schatz added. Individuals who are unable to pay face serious consequences, including more fees, license suspensions, extended probation, and incarceration – trapping people in the criminal justice system. As a result, they can lose their jobs, their homes, and even their children.

In the 50 cities with the highest proportion of revenues from fines, the median size of the African American population in each city was greater than five times the median in the United States.

Moreover, Schatz explained, monetary punishments are costly and inefficient. Counties in Texas and New Mexico spend more, or almost as much, enforcing fines and fees than the revenue it generates.

Supporters agree that the State Justice Improvement Act is a “meaningful step forward in creating a justice system that treats individuals fairly and ensures public safety.”

The legislation will help jurisdictions enforce constitutional and equitable policies by broadening the activities available for federal funding. The grants will be used to provide technical assistance and training to state and local courts as they develop effective alternatives to fines, fees, and bail payments, should a person be deemed unable to pay.

The bill also requires the State Justice Institute to conduct a study on the effectiveness of these grants and to provide a report to Congress with appropriate policy recommendations.

As many state and local courts across the country have started to reform their fines, fees, and bail policies, a number of best practices have emerged. In 2016, the Department of Justice (DOJ) outlined seven constitutional principles for the enforcement of fines and fees. In 2017, a report by the U.S. Commission on Civil Rights found that DOJ’s guidance prompted critical reforms in a number of state and local courts, and provided a guiding set of principles for which there was bipartisan consensus.

The State Justice Improvement Act has been endorsed by #cut50, the Brennan Center for Justice, the National Association of Criminal Defense Lawyers, Fines and Fees Justice Center, and R Street.

“The issue of fines, fees, and bail reform is something that the Hawaiʻi courts and other justice stakeholders here in the islands have been examining and building upon over the years. While we have made progress to improve the current system, there is still much work to be done. This bill would provide resources and assistance to allow interested states, like Hawaiʻi, to make meaningful and lasting improvements to their state justice systems. We appreciate Senator Schatz’s leadership on this issue, and thank the State Justice Institute for helping to foster efficient and innovative state courts,” said the Honorable Mark E. Recktenwald, Chief Justice of the Supreme Court of Hawaiʻi. 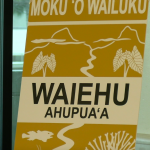 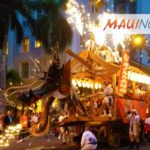