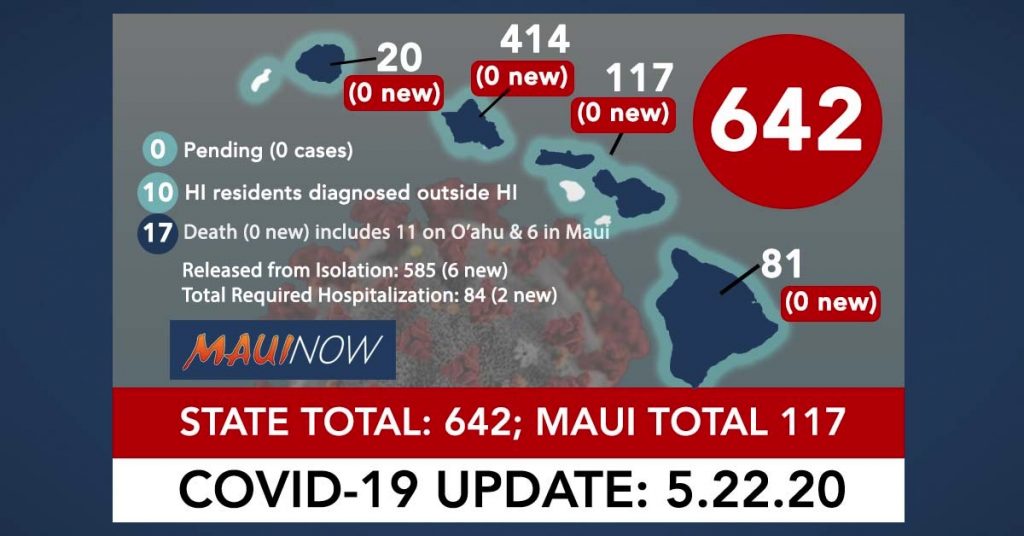 State Health officials have removed five cases from the state’s COVID-19 totals as a result of updated testing information, bringing the statewide positive count since tracking began in late February to 642.

Two cases were removed from Oʻahu, one from Hawaiʻi Island, one from Maui and one from Kauaʻi.

The Hawaiʻi State Department of Health reports that there were 579 individuals released from isolation; and 84 cases (13%) that have required hospitalization. A total of 581 patients (91%) were residents.

Maui County’s count decreased by one case from yesterday as a result of updated testing information. Of the 117 cases in Maui County, at least 105 have been released from isolation, and 22 have required hospitalization. 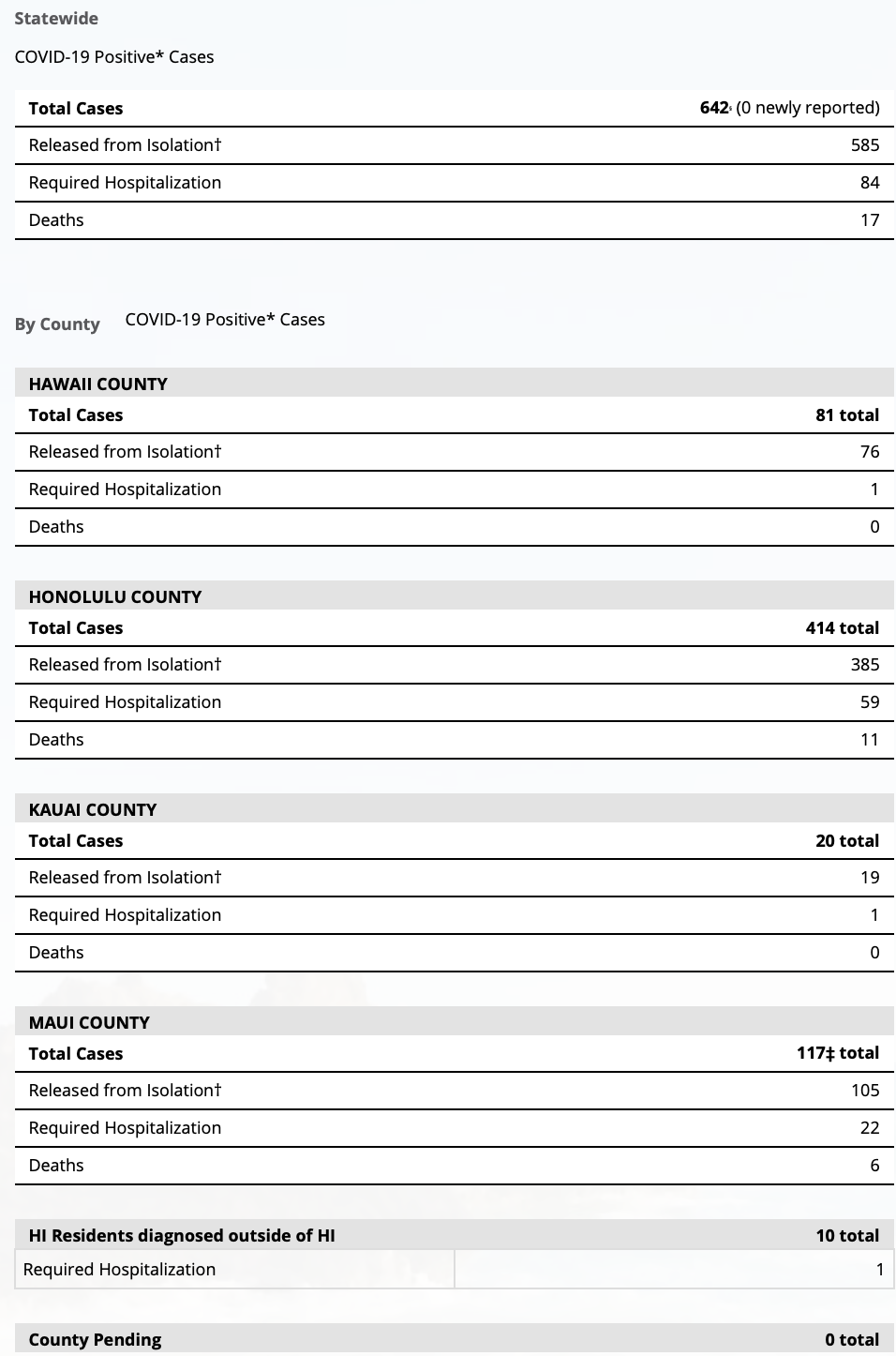 §As a result of updated testing information, 5 cases were removed from the counts 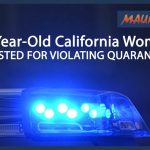 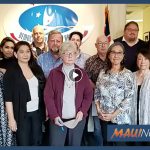 Democratic Party of Hawai‘i Primary Results to be Released Saturday