The Kahekili Highway will be closed for six hours today as crews work to clear a rockfall that occurred at around 5 p.m. on Friday afternoon in Kahakuloa.Â  The rockfall resulted in large boulders blocking the highway near Waihale Gulch, also known as Hoopii Gulch.Â  Debris removal work began at 8 a.m. and will continue through 2 o’clock this afternoon.Â  The work will result in the closure of the 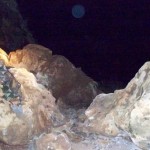 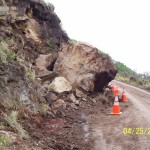 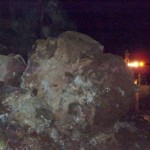 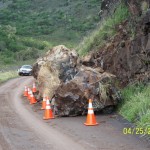 Highway near mile marker 15.Â  During the closure, motorists will not be able to drive between West Maui and Waihee via the Kahekili Highway. 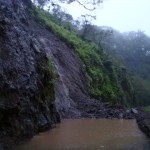 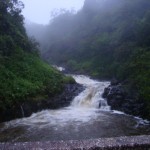 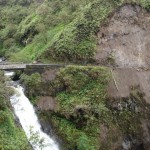 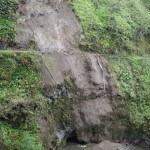 The state Department of Transportation will continue rock scaling and debris removal efforts on the Hana Highway throughout the week, following a large mudslide near the East Wailuaiki Bridge Thursday night (April 23, 2009).Â  The work will result in stoppages on the Hana Highway, that’s Route 360, in both directions between Mile post 19 near the Wailua Lookout and Mile post 21. The intermittent traffic stoppages will take place throughout the week between 7 a.m. and 4 p.m. daily.