Public meetings will be held in June to discuss the proposed Advanced Technology Solar Telescope atop Haleakala on Maui.Â  The National Science Foundation is considering funding the construction of the telescope that would be 142.8 feet high and 84 feet in diameter.Â  The solar telescope would be located atop the summit on lands managed by the University of Hawaii Institute for Astronomy.

The purpose of the device is to study solar magnetic activities and variability. Craig Foltz, NSF ATST Program Manager states “The proposed telescope would significantly help in furthering our understanding of solar activity and how it affects space weather.Â  This knowledge would aid us in understanding how space weather creates hazards for communications to and from satellites, and hazards to astronauts and air travelers.Â  It also would help us understand the role of solar activity on the Earth’s climate.”

Public hearings on the Supplemental Draft EIS are set for:

The public is also invited to participate in formal National Historic Preservation Act Section 106 consultation meetings for the proposed telescope project.Â  The purpose of these meetings is to address the preservation and protection of cultural, historic and archaeological resources within the project area.Â  The meetings are as follows:

The State completed work on a Draft Environmental Impact Statement on a planned Advanced Technology Solar Telescope atop Haleakala.Â  The project is proposed for location at the High Altitude Observatory site and is subject to a 45 day public comment period.Â  There will be a series of hearings to discuss the findings in June.Â  The first meeting is set for June 3rd at 5 p.m. at the Cameron Center Auditorium.Â  The Maui site is the preferred location under consideration by the National Science Foundation. 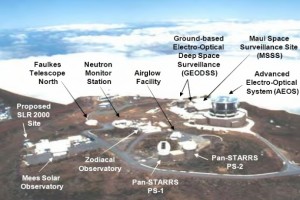 In 1961, an Executive Order (EO) by Governor Quinn set aside 18.166 acres of land on the summit of HaleakalÄ in a place known as Kolekole to be under the control and management of the UH Institute for Astronomy (IfA) for scientific purposes.

Officials say an unobstructed 4-meter (13-foot) diameter primary mirror combined with the latest in computer and optical technologies would give ATST sharper views of solar activities than any telescope on the ground, in space, or in the planning stages. After a two-year study that began with more than 70 possible worldwide observatory sites, the NSO team, in collaboration with representatives from the solar physics scientific community, found that HaleakalÄ is the only site satisfying their ATST science goals. 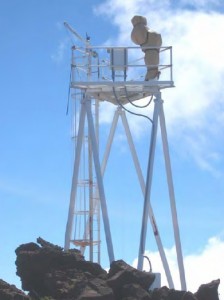 A primary goal of the proposed ATST Project would be to help scientists understand the solar magnetic activities and variability that drive space weather and the hazards it creates for astronauts and air travelers, and for communications to and from satellites. 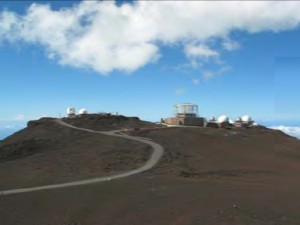 TENNIS ENTHUSIASTS SERVING IT UP IN KULA