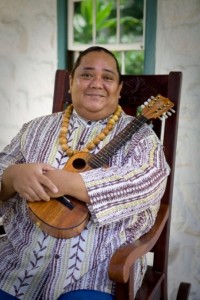 Uluwehi Guerrero is among the artists featured in a free finale performance hosted by the Maui Youth Philharmonic Orchestra. Courtesy photo, County of Maui. 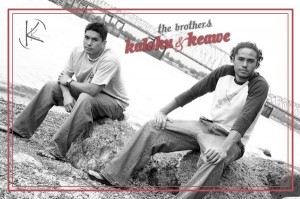 Brothers- Kaloku and Keawe Holt- have performed on the Mainland, in Hawaii, and in Japan with kumu hula Vicky Holt-Takamine and The Cazimero Brothers. Courtesy image, County of Maui.

TheÂ  Maui Summer Music Festival Orchestra will be performing Con Te Partiro (“Time to Say Goodbye”), the theme from Beauty and the Beast, Telemann Sinfonia and originals by Kaloku and Keawe Holt, young Hawaiian entertainers who have performed on the Mainland, in Hawaii, and in Japan with kumu hula Vicky Holt-Takamine and The Cazimero Brothers.

The concert will also include solo vocal selections by Uluwehi Guerrero, a Na Hoku Hanohano award-winner for Male Vocalist of the Year. Guerrero, a kumu hula and choreographer who tours extensively in Japan, Canada and throughout the Mainland U.S., has performed at Carnegie Hall. He is currently studying the cello at the Maui Summer Music Festival 2009.

Co-sponsored by the County of Maui through the Office of the Mayor, the two-week Summer Music Festival is offering beginning, intermediate and advanced students ages 9 through adult an opportunity to try out an instrument or expand their skills. 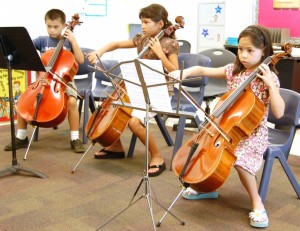 The mission of MYPO is to expand and enhance music education on Maui by providing opportunities for young musicians to further develop their musicianship. Approximately 50 students ages 8-18 from schools throughout Maui currently belong to either the MYPO String Orchestra or Philharmonic Orchestra; instruments in these ensembles include violin, viola, cello, bass, flute, oboe, clarinet, trumpet, trombone, tuba, French horn, drum kit, snare and bass drums as well as other percussion instruments.

For more information on the Maui Summer Music Festival 2009, or for general MYPO information, visit www.mauiyouthphilharmonic.org or call Iolani Yamashiro at 283-6723.

(Posted by Wendy Osher; Information provided by the County of Maui)