Maui police seized more than $841,000 worth of processed marijuana-the largest seizure of its kind in the county’s history. 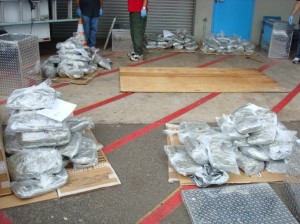 As a result of the investigation, a 37 year old female who resides in Kula, was arrested on drug promotion charges.Â  The woman is a citizen of South Africa and was in the US illegally.Â  She has since been transported to Oahu for federal proceedings.

Authorities arrested the woman for the offenses of Commercial Promotion of Marijuana I, Promoting a Detrimental Drug I and 2 counts of Prohibited Acts Related to Drug Paraphernalia.Â The Immigration & Customs Enforcement’s Office of Investigations took custody of the woman and held her on immigration charges.

The identity of the arrested female is being withheld at this time, as State charges against her are pending grand jury indictments.

Police received information that there allegedly were several suspicious pieces of freight being sent from California to Maui through a private freight company.Â  On August 12, 2009, officers obtained a search warrant to search several boxes that had arrived on Maui through the freight company.

Maui police say this is the largest processed marijuana seizure and investigation in Maui County’s history. 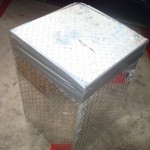 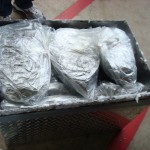 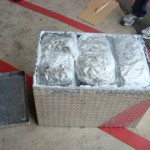