Walgreens will open its first full-service store on Maui in Lahaina on Sunday, Oct. 4, 2009.Â  The store will begin grand opening festivities at 11 a.m. and will open at 11:45 a.m. 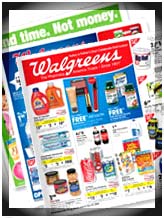 The 15,238-sq. ft. store, located at 342 Keawe Street, will be the fifth full-service store in the state of Hawaii; the other four are located on Oahu.Â  The full-service store complements the four pharmacy-only locations on the island — two in Wailuku and two in Lahaina — that Walgreens opened last December and January.Â  There is also a pharmacy-only site in Waipahu on Oahu, which opened in April.Â  As with most other Walgreens sites, the Lahaina store will feature a drive-through pharmacy.

As part of the grand opening celebration, Walgreens will present a donation to Lahaina-based voyaging society, Hui O Wa’a Kaulua.Â  Following a Hawaiian blessing and dedication ceremony led by Kahu Earl Kukahiko, lay pastor of Waiola Church in Lahaina, the store will open and a block party will begin.

The block party will continue until 4 p.m. with neighboring businesses and vendors including Coca-Cola, Outback Steakhouse, Panda Express and Starbuck’s participating.Â  Entertainment includes a performance by Willie K from noon to 1 p.m. and performances by Na Kamali’i Nani o Lahaina, from 1 p.m. to 3 p.m. Â Â KPOA 93.5-FM will carry a live radio remote from 2 p.m. to 4 p.m.Â  There will also be face painting and a balloon artist/magician.

“We are making steady progress with bringing our services to more residents of the Islands,” said Dana Psomas, Walgreens Hawai’i district manager, noting that Walgreens plans to eventually open 25 to 30 stores in Hawai’i.Â  “At Walgreens we’ve made a renewed commitment: to provide a way for our customers to save on essentials at competitive prices, a way to provide customers more convenience, and a way for customers to look and feel their best.”

As with the other Walgreens pharmacies, the new Lahaina store will have the following unique features and services:

Walgreens opened its first Hawai’i full-serve store near Keeaumoku Street, on Oahu, in November 2007.Â  Since then, Walgreens has opened three other full-service stores: Kaneohe in November 2008; Kalihi in January 2009; and Kailua in May 2009.

Silva Named 2009 Officer of the Year