The Pukalani Branch of American Savings Bank closed early today (Friday, September 25, 2009) after a pickup truck ran into the store front this afternoon.Â  The incident was reported at 1:37 p.m. Authorities say a 69-year-old man driving the 2009 black Chevy Colorado pickup did not complain of any injuries following the incident. 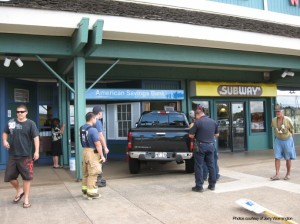 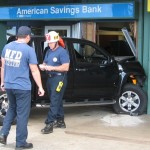 Photographs from the scene show a handicapped parking sign flattened, as well as shattered glass, store front damage to the right sideÂ  of the property, and front end damage to the pickup truck.