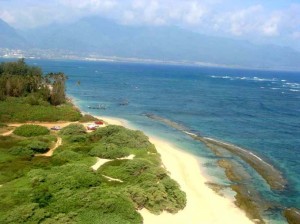 A total of eight jobs were created through the installation of the Explosive Detection System at Kahului Airport.  Work began on May 15, 2008 and testing was completed on the South Matrix of the system in August of 2009.

Other work in Kahului includes a contract to help in the supply of liquid-tight flexible non-metallic conduit and fittings to support the Hawaii Volcano Observatory; a sub award to construct a new Emergency Operations Center at Hawaii Volcanoes National Park; and a subcontract for the construction of wastewater treatment facilities, collection systems and green infrastructure.

The state has received nearly $218 million in stimulus funds so far.