“Hawai‘i Premium Plus will stimulate our state economy by reducing the unemployment rolls, encouraging businesses across the Islands to expand, and bringing in millions of new federal dollars,” the Governor said. 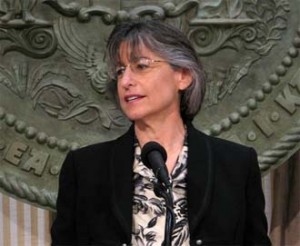 Word of the program first surfaced during the Governor’s State of the State Address in January.  The incentive-based program is aimed at private sector companies and non-profit organizations that hire unemployed residents.  It in turn offers them subsidies on health insurance premiums for the new hires for up to one year.

The new Hawai‘i Premium Plus program reimburses employers up to $140 per month for each qualified person hired through the initiative. According to the Governor’s office, this $1,680 one-year reimbursement represents roughly half of what it costs a company to provide health insurance for a full-time employee for one year.  The estimated cost of the program is $10.8 million, with 65 percent of funds coming from the federal government.

When Hawai‘i Premium Plus reaches its enrollment cap of 6,450 newly hired individuals, it would be the equivalent to a reduction in the state unemployment rate from 7 percent to 6 percent.

In order to qualify, individuals must have been unemployed for six weeks or longer prior to being hired.  Employees hired between May 1, 2010, and April 30, 2011 would qualify under the program guidelines. Qualified employees can have family incomes up to 450 percent of the Federal Poverty Level.

According to an analysis by the State Department of Business, Economic Development and Tourism, Hawai‘i Premium Plus is expected to produce a net increase of more than $6.1 million in State tax revenue during its first year and nearly $13.9 million during its second year.  The Governor says it will also reduce the drain on the State Unemployment Insurance Trust Fund.
“This innovative program will assist thousands of people who currently receive or have exhausted their unemployment insurance benefits by helping them obtain jobs and health coverage,” Governor Lingle said.