The Four Seasons Resort Maui at Wailea was ranked number one on a list of the top 80 golf resorts published by Condé Nast Traveler, and featured in the June 2010 edition of the Magazine.  The property was among six Maui resorts recognized this year.  Also making the list were the Lodge at Koele on Lanai, The Four Seasons Lanai at Manele Bay, The Fairmont Kea Lani in Wailea, The Ritz-Carlton Kapalua and the Grand Wailea Resort & Spa. 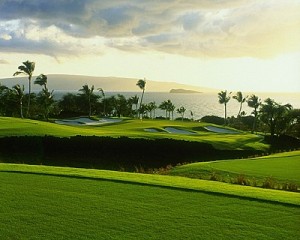 The list was part of the Magazine’s 14th Readers Choice survey that asked golfers where they prefer to play and stay.  The Four Seasons Resort Maui at Wailea earned 96 out of 100 points for the top spot on the list.  Factors considered in the ranked included Course Design and Access, Golf Staff & Services, Rooms, Service, Food/Dining, Location, and Overall Design.