Maui Police arrested a man this morning wanted in connection with a fatal shooting reported in Kaupo nine months ago.  Robert J. Chiarizia was arrested without incident at a camp site in the remote Kaupo region at 5:49 this morning (Monday, July 26, 2010).

Chiarizia was identified as a suspect in the October 18, 2009 fatal shooting of Alan Vegas, 45.  Vegas was transported to the Maui Memorial Medical Center following the incident, where he was pronounced dead.  Authorities say Vegas died as a result of a single gunshot wound which caused internal bleeding. 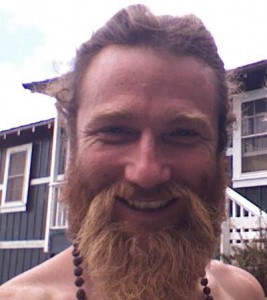 In the days following the incident, police released information on Chiarizia saying he was believed to be armed and dangerous and should not be approached by the public.  The Criminal Investigation team also released multiple images of the suspect who had different appearances, at times, wearing dreadlocks and facial hair.

Maui Police arrested Chiarizia today on suspicion of murder in the second degree based on a Grand Jury indictment issued by the Second Circuit Court in Wailuku.