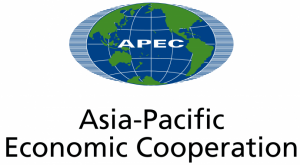 Tourism can be one of the most crucial components of an area’s economic health. Because Hawaii relies so heavily on this industry, it is no wonder that the announcement last year that Hawaii would host the annual APEC leaders’ meeting drew much praise from businesses in Hawaii, especially when it was made known that approximately ten thousand people would be drawn in to the conference.

APEC (Asia-Pacific Economic Cooperation) is expected to create, for Hawaii, approximately one hundred and twenty millions dollars in economic impact through its annual summit in Honolulu next year. This is the first time since the creation of the leaders’ meeting that the United States, by way of Hawaii, will be host acting as host.

Created in 1989 as a response to the creation of the European Union and NAFTA (North American Free Trade Area), APEC is a collaboration of over twenty countries in the Asia-Pacific region whose main goal is to promote economic cooperation. APEC has been known to fight for appropriate living and education standards for the members of its region. Each year, APEC hosts a meeting of which all of the government heads of the participating members attends. While the location of this meeting rotates, next year it will be in Hawaii.

For the 2011 APEC summit, Hawaii will be the hosting region and this summit will have quite the economic impact on Hawaii as a result. Peter Ho, the chief executive of Bank of Hawaii, is the chairman of the Hawaii Host Committee noted that it costs about three million dollars to host this event because of operation costs and marketing costs. At the time of this article, Ho had confirmed that approximately half of that money had been generated by island organizers.

How will the APEC summit generate money for Hawaii? Foremost, the summit itself will draw about ten thousand people to Hawaii. That number alone speaks to the generation of a lot of business throughout the dates of the summit. The amount of business that an event of this size can generate is truly amazing – businesses will see a boost during this summit next November and have a lot to look forward to.

Although some might tend to shy away from hosting big events like this because of the disruption to normal activity that can occur, Charles E. Morrison, the coordinator of the Honolulu bid for this conference, said that it will not only be a huge economic boost and opportunity for publicity, but that it will have little impact on the day-to-day operations of Hawaii, with good planning on the part of the committee.

In fact, as noted in earlier articles written during the time when Hawaii was chosen as the 2011 location, many officials comments that Hawaii was easy to work with, noting that the cooperation amongst numerous government and local officials was professional and well-organized.

The APEC meeting will take place November twelfth through the twentieth in 2011 at the Hawaii Convention Center. For more information, visit the APEC web site.