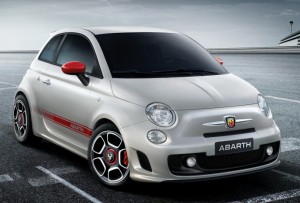 It has been quite some time, more than 27 years, since the Italian automaker Fiat sold cars on U.S. shores but the company is ready for a Western revival.  Fiat’s newest bet is that Americans will fall in love with its European-style cars they plainly rejected in the 1980s.

Fiat brought two new Fiat 500s to the Los Angelos Auto Show on November 17, hoping to show that its new cars are different from those of long ago.  The three-door hatchback will be available in the United States in December while the convertible will debut in 2011.  Already, Fiat, in unison with Chyrsler, is also planning an electric version slated to be released in 2012.  Of course, much of the American release hinges on early success.

The Fiat 500 is hoping to target the same demographic as BWM’s Mini Cooper with a price tag significantly lower than the German automaker’s popular pint-sized commuter at $15,500.

Admittedly, the $15,500 base price may be a little optimistic.  The company will offer Fiats in every flavor with the flexibility to add $10,000 worth of add-ons to the base model.

The $15,500 base, called the “500 Pop” by Fiat, will be a 5-speed manual with 110 horsepower and a 1.4 liter engine.  Other features include seven airbags, air conditioning, and halogen headlights.  While the car won’t be seen rearing around a racetrack at breakneck speeds any time soon, it promises to be economical at the time of purchase, and the gas pump.

Stepping up to the Fiat 500 Sport brings the price up $2,000 but adds a top of the line Bose sound system, aluminum alloy wheels, and spoiler.  Another $2,000 brings on the luxury glass roof and other features associated with cars several classes higher than the economical Fiat 500.

The Fiat 500 is undoubtedly targeting a whole new generation of people who perhaps weren’t even alive at the time the first Fiats were brought to the United States.  Then, Fiats were unreliable, costly to repair and maintain, and their smaller size never really caught on with American drivers.

Fast forward a whole generation, higher gasoline prices, and a weakening economy, and Fiat believes the perfect time to break back into the United States is now.  To help mitigate the belief that Fiat cannot make a quality car, the company is offering a five year, 50,000 mile warranty to each new Fiat purchased.

Much like the competing Ford Fiesta, the Fiat 500 offers 14 different external colors and another 14 different interior combinations, hoping to draw in younger and thriftier car shoppers to its brand.