Hawaiian Airlines launches its inaugural flight from Honolulu to Haneda airport in Japan today.  The new international daily non-stop service is the first between Haneda and Hawaii, offering US travelers accessibility to Japan’s largest metropolitan area.

The flight leaves Honolulu daily at 6:05 p.m. and arrives in Haneda at 10:05 p.m. the following day.  Tokyo is 19 hours ahead of Honolulu and the flight crosses the Inernational Dateline.  The inaugural departure from Haneda to Honolulu takes place this Friday.

Hawaiian will initially serve the Haneda-Honolulu route using its wide-body, twin-aisle Boeing 767-300ER aircraft seating up to 264 passengers before introducing its new and larger 294-seat Airbus A330-200 aircraft onto the route.

“We have received a tremendous response to our announcement of new service to Haneda, and we know travelers have been waiting for this moment,” said Glenn Taniguchi, Hawaiian’s senior vice president of marketing and sales. 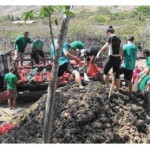 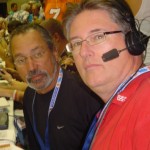