The Hawaii State Department of Business, Economic Development and Tourism (DBEDT) said that the faster growth of Hawaii’s population in the most recent decade than the previous one may due to the economic growth at the beginning of the decade. Hawaii’s economy grew at an annual rate of 4.1% between 2001 and 2006. Including the economic recession of 2008 and 2009, the economic growth rate in Hawaii between 2000 and 2009 was 2.3% per year.

Maui County population characteristics will be released by the U.S. Census Bureau early 2011. 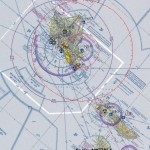