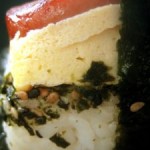 Spam musubi is just one delicious meal made from the canned spiced ham.

In a land known for kalua pig, mahimahi, breadfruit and other traditional Maui foods, how did Spam sneak its way into the mix? Strewn across various menus on all parts of the island, the canned, pink meat once referred to as “mystery meat” in urban folklore has become an unlikely local favorite and a definite must-have in your Hawaiian cooking arsenal.

The residents of the state of Hawaii, together with the territories of Guam and the Commonwealth of the Northern Mariana Islands are said to consume the most spam per capita in the United States—seven million cans per year in Hawaii alone. In fact, the spiced ham concoction is so popular on the islands that it is sometimes called the “Hawaiian Steak.” Stroll into Napili Market, Times, or just about any supermarket on the island and you are sure to stumble upon spam musubi, where cooked spam is combined with rice and nori seaweed. Most of your favorite local restaurants are sure to advocate the canned delicacy alongside more expected items.

At Maui Tacos, a Mexican chain eatery, sample spam and eggs for breakfast in lieu of the regular breakfast burrito. At Da Kitchen in Kahului, enjoy fried spam musubi pupus. At LuLu’s in Kihei, opt for the Spam Sandwich, two eggs fried on your choice of bread with cheddar cheese and spam served with hash browns or two scoops of rice.

Spam was first introduced to Hawaii during WWII and was valued for its portability and durability. With Asian influence on Hawaiian cuisine, spam worked its way into a variety of favorable dishes—easily thrown into stir-fry dishes with veggies and rolled into sushi.

Stay tuned to this summer’s spam celebration, which kicked off this past summer at the 1st Annual Maui Spam Jam, taking a strong lead from Oahu. Indulge in spam tacos, musubi and even unique desserts. 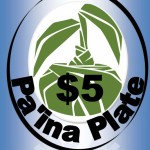 Kava: Skip the Mai Tai for this Ancient Elixir