County officials gathered for a special meeting this afternoon to coordinate efforts in preparation for wet weather and possible flash flooding being forecast the National Weather Service. 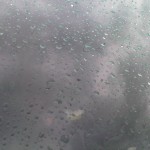 The Flood Potential Outlook comes on the heels of a flash flood December 26th in South Maui that washed mud and debris onto South Maui Road and surrounding communities.

“People were caught by surprise when the floods hit last time,” said County Council member Don Couch, who represents the South Maui area. “I want to let the community that we are doing everything that we can possibly do to prepare for a possible flood,” said Couch.

Forecasters say there will be a threat of heavy rain and flash flooding possible from Wednesday through Thursday this week as the result of a strong cold front approaching from the northwest.  The showers and potential flooding is expected to impact primarily the western portion of the state beginning Wednesday morning, with the greatest flood risk expected on Wednesday night.  The National Weather Service issued a flash flood watch for all Hawaiian islands for Wednesday morning through Thursday afternoon.

Since the flooding last month, crews from the county’s Public Works Department have worked to clean debris from culverts and drainage systems extending from Maalaea to Wailea.  The Waiakoa, Kulanihakoi and Waipuilani gulches were cleaned as part of the effeort, in addition to the Keokea Reservoir, which runs past St. Theresa’s Church in Kihei.

Aside from branches and land debris cleared from culverts, crews also found bicycles and furniture blocking the flow of water.  Residents are being urged to help with flood control by using the county landfill for disposal of unwanted items.

The coordinated effort includes monitoring by members of the Maui County Civil Defense Agency, the Department of Public Works, and the Maui Police Department. 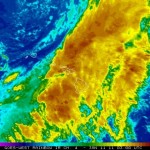