There was a a time, not that very long ago, that the Pro Bowl was regarded as the premier sporting event of the year in Hawaii.

How times have changed.

The NFL all-star game is set for a 2 p.m. kickoff on Sunday at Aloha Stadium and, quite frankly, the event isn’t creating much of a buzz among local fans.

There are several reasons for this apparent decline in interest.

First, the pride fans from Hawaii felt about the being the exclusive host of the Pro Bowl is gone.

The game was played in Miami last year, is back this year only because Dallas declined to host the event, and will be played in other scattered locations in the future based on a plan orchestrated by commissioner Roger Goodell for a week-long package at the Super Bowl city.

Two, Goodell’s decision to schedule the contest the week between the conference championship week and the Super Bowl means top players from the top two teams – the Green Bay Packers and Pittsburgh Steelers — will not be able to participate.

So, instead of having an all-star game, we are left with a some-star game. Predictably, that has resulted in a less appealing attraction for fans. 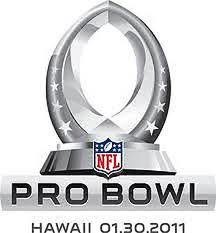 To be fair, many top players have found reasons – valid and otherwise – to skip the Pro Bowl over the years. But it just seems that the event no longer enjoys the prestige and must-see quality that it once did.