A pair of MIL teams have been seeded second in the state girls basketball tournaments that tip off Tuesday on Oahu.

That means Lahainaluna in Division-I and Molokai in D-II will draw first-round byes before beginning their bids on Wednesday.

King Kekaulike, the MIL D-I runnerup, opens against Kaiser on Tuesday in a 5 p.m. game at McKinley High. The winner of that game faces top-seeded Konawaena.

Lahainaluna will open defense of its state title against the winner of Kapolei versus Pearl City in Wednesday’s 5 p.m. game at Radford High.

Molokai is the only MIL entry in D-II. The Lady Farmers won the title in 2009 and finished second last season. They will face the winner of Waianae versus Maryknoll in a 7 p.m. game Wednesday at Kaimuki High.

Radford is the top seed in D-II, with Kamehameha-Hawaii ranked third and Kapaa fourth.

On Saturday, reigning state player of the year Maiki Viela scored 35 points as the Lunas defeated Molokai 60-41 in a special non-league game between the MIL’s two title teams.

MIL BOYS: The MIL boys tip off their league tournaments on Wednesday at the Baldwin High gym.

The Bears raised their hopes for the overall league title by handing Lahainaluna its first MIL loss of the season with a 61-55 victory on Saturday before a big, noisy crowd at the Lahaina Civic Center.

Gabe Ross scord 19 points and Tim Pang added 18 for the Bears, who avenged a pair of earlier losses to the Lunas..

Seabury Hall closed out a perfect D-II campaign by posting weekend wins of 58-38 and 53-35 over Molokai, but the Spartans apparently lost high-scoring Phelan Pagano to a season-ending knee injury.

SOCCER: Each of the contending teams have two games left in their respective MIL boys soccer schedules, and still no one has even assured themselves of a spot in the state tournament. Here’s where things stand:

Baldwin, which survived a furious comeback at Kamehameha-Maui on Friday for a 3-2 win, is in first place with 21 points.

Lahainaluna, which routed St. Anthony 4-1 on Saturday behind a hat-trick by Jorge Hernandez, is second with 20 points.

King Kekaulike dropped to third with 19 points after playing to a 1-1 tie with Maui High, which is fourth and barely alive mathematically for a post-season berth with 15 points. Logan Bantilan accounted for Kekaulike’s goal, while Justice Florendo-Bourne scored the tying goal midway through the second half.

That sets up some huge matches this week. Kekaulike visits Baldwin for a 7 p.m. game on Tuesday. On Thursday, Seabury visits Kekaulike and Maui High travels to Kamehameha.

In girls’ action, Baldwin took a major step toward repeating as D-I champion thanks to a 0-0 tie with Kamehameha on Friday followed by a 9-0 romp past Hana on Saturday.

Kekaulike was eliminated from post-season contention following a 3-0 loss to Maui High. In D-II, Seabury Hall and St. Anthony have clinched spots in the state tournament.

MORE MIL: In paddling, Seabury won the boys and mixed titles and finished second in the girls competition to Molokai. … In wrestling, Lahainaluna’s boys and girls continued their domination by capturing 16 of 20 weight classes in the final tuneup before the upcoming MIL championships. 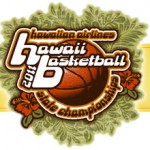