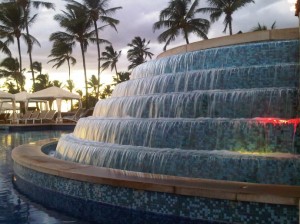 The owners of the Grand Wailea Resort Hotel & Spa, along with several other luxury hotels and golf courses, sought bankruptcy protection yesterday in Manhanttan, Bloomberg is reporting.

Owners filed after lenders, including one of the world’s largest hedge funds, Paulson & Co., seized control of them from Morgan Stanley’s real estate under a deal closed January 6.

Following the seizure and bankruptcy filing, the Grand Wailea remains open for business as debt restricting occurs under the bankruptcy.

Bloomberg reported comments from Dan Kamensky, a Paulson partner, who said in the filing, that Morgan Stanley bought the hotels “at the peak of the market” and that the properties have struggled since then, but “the hospitality industry is at or near the bottom of a historic down-cycle and is poised for a significant recovery in the years ahead, especially given the extremely limited amount of new supply expected in the luxury resort market.”

The Grand Wailea, along with the MSR Resort Golf Course LLC, also known as PGA West & Citrus Club, listed more than $1 billion in both debts and assets in a Chapter 11 petition filed today in U.S. Bankruptcy Court in Manhattan. 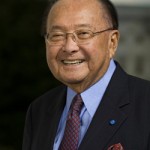 Inouye “Earmark” Moratorium Will Affect Many