Maui’s Kai Lenny is now a two-time title holder in the season opening Sunset Beach Pro for Stand Up Paddle Surfing. Lenny defended his title in the first event of the 2011 Stand Up World Tour, coming up ahead of Oahu’s Robin Johnston who placed 2nd and France’s Peyo Lizarazu who rounded out the top three. Also on the leader board was Mauian Zane Schweitzer who finished fourth in Wednesday’s final round. 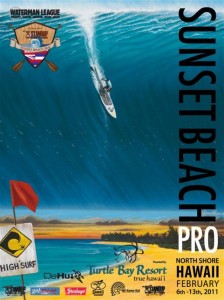 Lenny, who is also the defending 2010 world tour champion, took an early lead, but the gap tightened with a strong show by Johnston late in the competition. With just 45 seconds remaining and 7.25 points needed for a win, Johnston caught a final wave that would bring him within a mere 0.1 points from the lead, the narrowest margin ever recorded on the world tour.

“To be perfectly honest I didn’t know what was going on,” said 18-year-old Kai Lenny. “You can’t hear the announcer out there and I felt like I was doing pretty well. I was looking for that one better wave and I couldn’t find it,” said Lenny, who still managed to defeat the competition and defend his event title.

The contest featured nearly 100 stand up paddle surfers from around the world. The event began with 20-foot plus waves during the trials and first rounds along Oahu’s north shore.

The Sunset Beach Pro is the first of eight events on the 2011 Stand Up World Tour that includes stops in Chile, Brazil, California and Australia. The next event is in May in Brittany, France, followed by an event in Tahiti, also in May. The tour returns to the islands in December when athletes brave the waves in Hilo for the Hawaii Finals, the final event of the 2011 season. 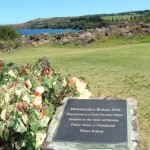 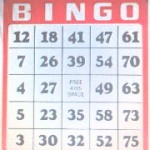