It’s hard to overstate the turnaround Gib Arnold has engineered in his first season as head coach of the University of Hawaii basketball team.

Consider that he inherited a squad that won just 10 wins last season and was picked to finish dead last in the nine-team Western Athletic Conference.

Add to that the defection of two recruits in December who left because of limited playing time and, just recently, the near-loss of another key player for the same reason.

And there’s more: Following a promising start to the start against admittedly mediocre teams from mediocre conferences, the Rainbows got off to an 0-5 start in the WAC.

But instead of folding, UH has rebounded in impressive fashion, capped off by Saturday’s 76-70 victory over New Mexico State before a Senior Night crowd of about 8,000 at The Stanley.

Leading the way for UH was a couple of players who will return next season. Junior guard Zane Johnson scored 22 points, converting six 3-pointers. And sophomore center Vander Joaquim had 18 points, 15 rebounds and five blocks.

The win was Hawaii’s eighth in 10 games, and improved its records to 17-10 overall and 7-7 and tied for fifth in the WAC as it embarks on a regular-season-ending road trip that includes stops at San Jose State on Thursday and Fresno State on Saturday.

BASEBALL: Hawaii again struggled defensively as No. 6 Texas took advantage of four errors to pull out a 4-3 series-clinching win over the Rainbows on Sunday afternoon at Les Murakami Stadium.

Pi‘ikea Kitamura hit a two-run homer, UH’s first of the season, but the Bows came up short in another ninth-inning comeback, scoring a run and leaving the bases loaded to fall to 3-4. Jeff Van Doornum hit an RBI single, but Conner George hit a line drive to the pitcher, who doubled off Van Doornum at first to end the game.

On Saturday, Hawaii ended a three-game skid by beating the Longhorns 5-4 in a 15-inning marathon, scoring the winning run after David Perterson came home from second following a pair of wild pitches.

UH heads to California for a four-game series against Loyola Marymount beginning on Thursday.

WAHINE HOOPS: The UH women’s basketball team, which has suffered some embarrassingly lopsided loss to Fresno Stat in recent years, gave the visiting second-place Bulldogs more of a challenge yesterday. The Rainbow Wahine’s comeback bid fell short, however, and they dropped an 83-70 decision. Senior point guard Keisha Kanekoa led the Wahine with 16 points and six assists. Hawaii next plays host to Utah State on Thursday. 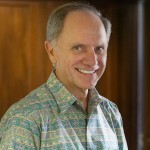 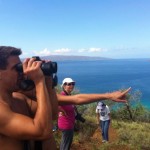