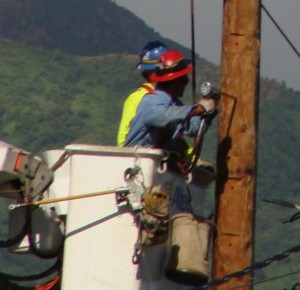 “For more than five months, Hawaiian Electric, Maui Electric and Hawaii Electric Light Company have been negotiating a new contract with the International Brotherhood of Electrical Workers Local 1260, which represents our companies’ unionized employees on Oahu, in Maui County and on Hawaii Island.

The union gave our companies notice that its members have initiated a strike as of 3:30 p.m., today.

We are disappointed that the union has chosen to take this action, especially since there are still thousands of customers without power following the severe weather that hit overnight. A strike clearly hurts everyone. We have been working to arrive at an agreement that balances the interests of our employees and our customers, and are willing to continue to negotiate.

As part of responsible planning, our non-union employees have been trained and prepared to step in and operate our electric systems to provide our customers with the safe, reliable electric service they expect and deserve.

We will be reaching out to the union for further discussions and hope that we will be able to reach an agreement quickly.” 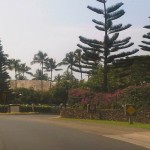