While on Maui today, Lt. Governor Brian Schatz provided us with an administrative update of progress made on tsunami recovery and relief efforts.  He also spoke of economic impacts here at home and plans to address tourism and business in the near future.  Lt. Gov. Schatz also discussed the upcoming APEC conference and the oppoturnities ahead for Maui and the state of Hawaii.

Lt. Gov. Schatz said his visit to Maui offered him a chance to meet with government officials and community members alike.  “Part of Governor Abercrombie’s and my vision for our Administration is that we belive that we should be doing work wherever we are, and that we shouldn’t be stuck in the state capitol just pretending that that’s the best way to govern.”

“The Governor and I are spending as much time as we possibly can on Maui and Kaua’i and the Big Island, and we’ve also been to Moloka’i and Lana’i recently–to try to make sure that we’re not an O’ahu-centric administration.  So part of our job is to just be here physically–to meet with government officials, meet with not-for-profits, talk story with the community stay in touch as we did during the campaign–it’s now our commitment to actually do that as we govern–so that’s actually the reason why I’m here,” said Lt. Gov. Schatz. 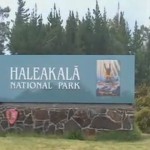 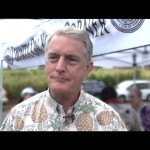 Agreement being Finalized for Expanded Hours of Paia Mini-Bypass