Senate Hearing Begins on Board of Education Nominees

The Senate Committee on Education begins confirmation hearings today on the Governor’s nominations to the Board of Education. The first of two hearings takes place this afternoon and includes review of the following nominees:

A separate hearing will be held on Friday, April 8, 2011 at 1:15 p.m. At that time, the committee will consider confirmation of the four remaining nominees that include:

“As members of the initial nine that will serve on an appointed Board of Education, we are looking forward to engaging them in thoughtful discussions on the role of the board members and what they see as the future of public education in Hawaii,” said Jill Tokuda, committee chair.

Following the hearings this week, the committee will make its recommendations to the full Senate, with a floor vote expected shortly thereafter.

Hawaii residents voted to approve of a constitutional amendment in November that gives the Governor the authority to appoint members to the BOE, doing away with the previous process of electing Board members.

Act 5 was signed into law by the governor on March 14, 2011, and the Governor announced his BOE selections last week. 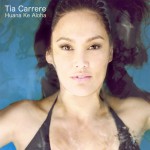 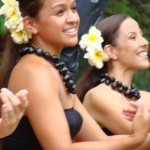