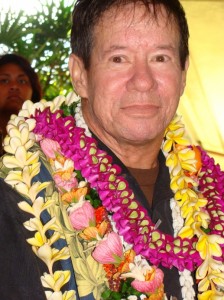 Akoni Akana, honored last year at the Celebration of the Arts Festival on Maui. File photo by Wendy Osher.

The grounds of Moku’ula will serve as the setting for the memorial services this weekend of cultural advocate and kumu hula, “Akoni” Akana.

Akana, the founder and Director Emeritus for the Friends of Moku’ula, established the group more than 20 years ago in the hopes of reviving the sacred site.

The area once served as a spiritual and political center of the Hawaiian Kingdom, and ancient home of Maui’s Chiefly lines.

Akana was the recipient of the 2010 Namahana Award of excellence issued by the organizers of the Celebration of the Arts event.  The recognition shed light on Akana’s dedication and love for the Hawaiian Culture.  It also recognized him for a lifetime of commitment to na mea Hawai’i, all things Hawaiian.

Oahu services will take place one week later at 9:30 a.m. on Saturday, April 30 at the Oahu Cemetery Chapel. 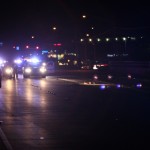