Kaua’i police have identified the victims of an ultralight crash near the Na Pali Coast on Tuesday morning, May 17.

The pilot, identified as Steve Sprague, 48, of Kalāheo, and his passenger, Ray Foreman, 53, of Vista, CA., died during the crash in waters off Honopu Beach.

“We are all saddened by this tragedy and our hearts go out to the families of the victims,” said Mayor Bernard P. Carvalho, Jr. in a press release issued yesterday.   “We are grateful to those who assisted in the recovery of the victims and will stand ready to assist investigators as they determine the cause of the terrible accident,” he said.

Rescuers on Kaua’i recovered two bodies today, believed to be victims of an ultralight air crash that occurred this morning in waters off the island’s North Shore.

According to preliminary reports, a tour boat discovered the two bodies along with the wreckage approximately 100 yards off shore near Honopu Beach, according to a press release issued today by the County of Kaua’i.  The victims, the document said, were both unresponsive and were brought on board the boat.

Crews from the Kaua’i Fire Department then recovered the bodies from the tour boat, and brought them to shore at around 2:10 p.m. The bodies, both male, had not yet been identified at the time of this publication.

Assisting the Kaua’i Fire Department in the rescue effort were members of the County’s Ocean Safety Bureau, the Kaua’i Police Department, medics and the U.S. Coast Guard. 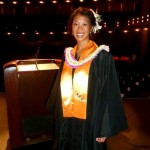 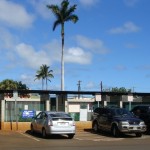