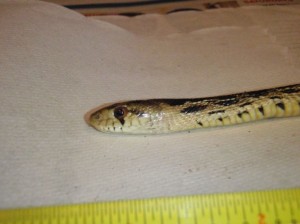 An illegal snake was weed-whacked to death in Honolulu today, and an illegal ferret was found in Hilo over the weekend.

A two-foot-long snake was weed-whacked to death this morning near the Honolulu airport on Oahu.

Agricultural officials say a crew from Island Landscaping was cutting grass near a freeway on-ramp, when the snake was injured by the weed-whacker.  It died shortly after. 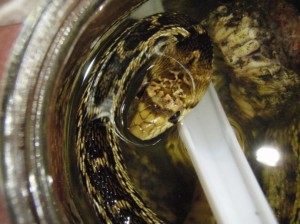 The incident was reported at around 8:45 a.m. near Nimitz Highway and Valkenburg Avenue.

Police were notified and the snake was turned over to inspectors with the Hawai`i Department of Agriculture.

Snakes are illegal to possess and transport to Hawai`i because of the threat they pose to native animal populations that they would compete with for food and habitat.

Illegal Ferret Captured in Hilo Over the Weekend:

An illegal ferret was captured early Sunday morning in the parking lot of Coqui’s Hideaway Restaurant & Sports Bar in Hilo. 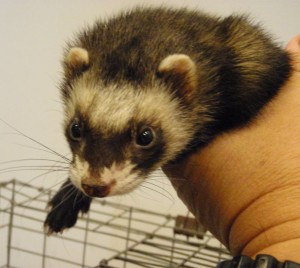 At around 1 a.m., a resident reported seeing the ferret emerge from a parked moped, and captured the animal.

The ferret was then turned in to Hawai`i Island Humane Society, who later turned the animal over to inspectors at the Hilo office of the Hawai`i Department of Agriculture.

The ferret was flown to Honolulu on Tuesday, January 24, 2012, and is being safeguarded at HDOA”s Plant Quarantine Branch where it may be used for educational purposes until it can be shipped out of the state.

Agricultural officials say ferrets are strictly prohibited as pets under Hawai`i law because they are potential carriers of the rabies virus.

Anyone caught in Hawai`i with a ferret, snake, or other illegal animals are subject to penalties including a maximum fine of $200,000 and up to three years in jail.

The public is urged to notify the HDOA of illegal animals in the state by calling the pest hotline at 643-PEST(7378).

The State’s Amnesty Program allows illegal animals to be turned in and provides immunity from prosecution. 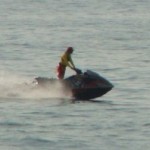 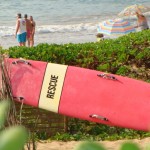