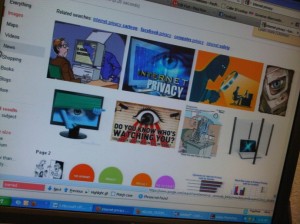 Screen save image from Google search on internet privacy.

A House Committee yesterday voted to defer a bill that sought internet tracking of consumer records for at least 2 years after hearing overwhelming testimony against it.

Among those testifying against the bill was Kate Dean, the Executive Director for the US Internet Service Provider Association.

In written testimony, Dean stated that HB2288 is too broad and raises a myriad of privacy concerns.

The bill, introduced by lead sponsor Rep. John Mizuno of Oahu, would have required record keeping of an individual’s internet browsing history including each subscriber’s internet destination, protocol address, and domain name.

Others providing testimony against the item included officials with the telecommunications industry including T-Mobile USA and Hawaiian Telcom who stated that implementation and compliance of such a storage system would have a significant impact to the companies.

Testimony was also received from internet service providers who say the bill raises serious privacy concerns, and enable government to investigate a users’ online activity without a warrant or court ordered subpoena.

A request for comment from Rep. Mizuno on Thursday was not returned or available at the time of this posting.

An individual writing in support of the measure said it would help to provide better protection for citizens that are the subject of cyber bullying and harassment; and provide critical information to police officers investigating allegations of cyber crimes, enabling them to prosecute offenders.

The testifier said, “because cybercrime is a recent phenomenon, in many cases Hawaii’s penal code does not provide law enforcement the necessary authority to investigate and prosecute offenders.” 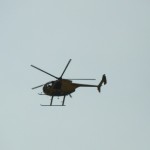