Philadelphia Phillies center fielder Shane Victorino, nicknamed the “Flyin’ Hawaiian,” will be a guest star on the Monday, Feb. 20 episode of “Hawaii Five-O.”

Victorino plays a business executive on a company retreat, CBS said Thursday, during an episode involving the murder of a man dressed as a Hawaiian NaKoa warrior found in the jungle near the site of a historical war reenactment.

“Mahalo to everyone at Hawaii Five-O for having me on episode that airs Feb 20. Amazing experience! #H50,” he posted.

The former Maui resident who now makes his home in Las Vegas is a graduate of St. Anthony High School and a former four-sport all-star in the Maui Interscholastic League.

Victorino is not the only Phillies’ player to get in front the TV camera. In the last two years, teammates Chase Utley and Ryan Howard were on FX’s “Always Sunny in Philadelphia” and Howard was on HBO’s “Entourage.” Most recently, mascot Phillie Phanatic appeared on an episode of “30 Rock.” 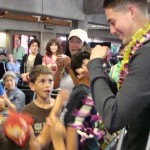 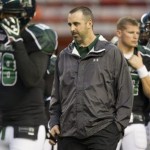