Rescue crews on Maui airlifted a 61 year-old woman to safety after she fell  while walking in a stream bed in Haiku on Monday morning (February 20, 2012).

The incident was reported at 11:34 a.m. at a stream near Honopou Road.

Due to the steep narrow trail and muddy conditions, crews decided to airlift the woman out of the area.

Air-1, along with Rescue-10 arrived to pick up the patient, who was then flown to a landing zone near Puniawa Road.

The woman, who suffered a possible broken ankle, was transported by ambulance to the hospital with non life-threatening injuries.

Authorities say the woman was a visitor to the islands. 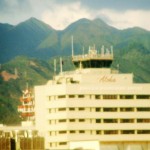