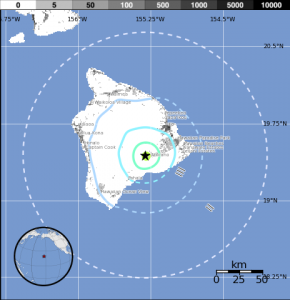 There is no tsunami threat to Hawaii following a 4.3 magnitude earthquake reported near the Kilauea Summit at 3:53 a.m. on Friday, February 24, 2012.

Over a 14 hour period,  more than 60 earthquakes measuring at 3.2 and below, occurred in the area between the Mauna Loa and Kilauea volcanoes.

This morning’s 4.3 quake was centered 3 miles NW of the Kilauea Summit; 5 miles W of Volcano; 11 miles WSW of Glenwood; and 25 miles SW of Hilo.

The depth of the quake was 3.5 miles, according to the USGS. 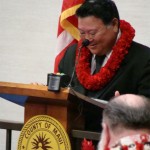 Mayor's State of the County Address Set for 10 a.m. 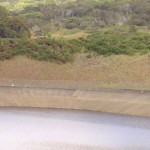